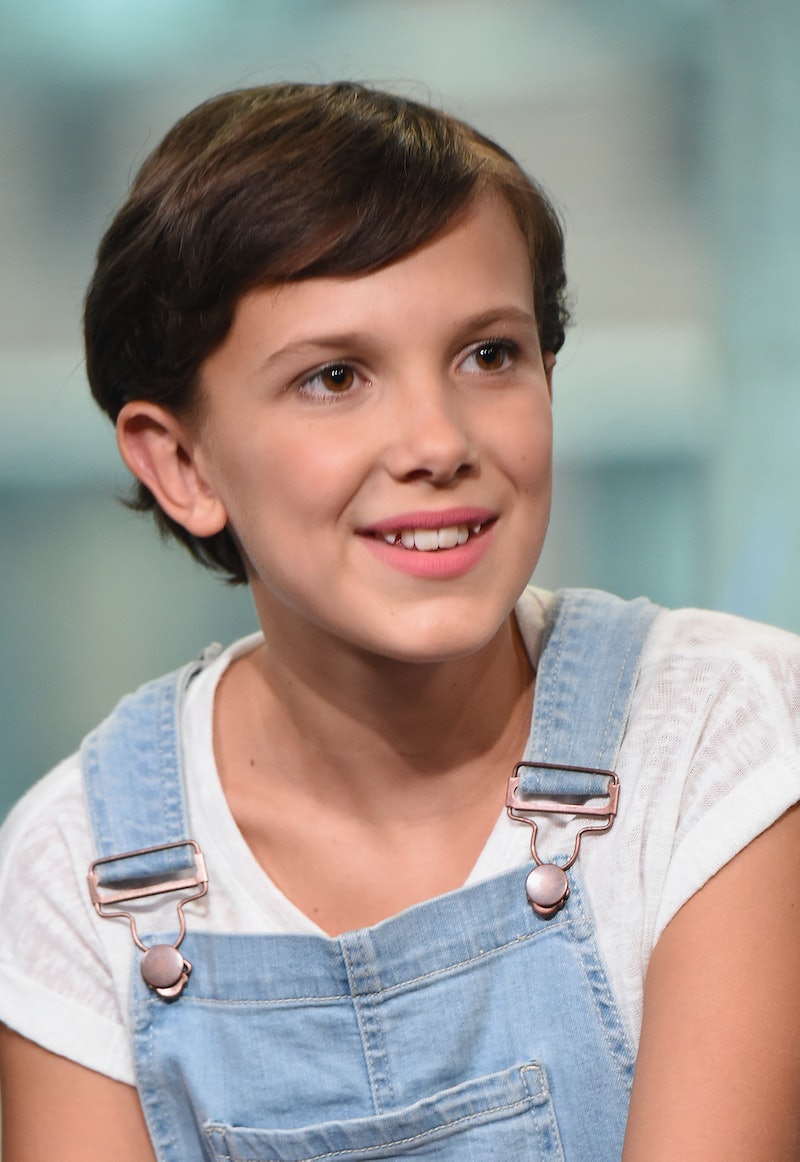 The 2017 Super Bowl was full of surprises. One of the biggest shocks audiences received was a first look at Season 2 of Netflix's Stranger Things. Yes, that's right — Eleven and the gang are headed back to us in October, and their return could not come at a better, spookier time. And the first teaser for Season 2 did something very clever. Everyone knows the show's pint-sized protagonist, Eleven, loves waffles. Like, she really, really loves waffles. To tease this fact, the Stranger Things Season 2 teaser employed a retro Eggo waffle commercial.

The teaser opens with an actual Eggo waffle commercial from many moons ago. As a waffle pops up from the toaster, two children grab at it, one proclaiming: "Leggo my Eggo!" The commercial is then interrupted by a boy's voice yelling, "Eleven!" and an image of Eleven's eyes shooting open. Damn — way to get us intrigued and hungry.

While it's unclear exactly what year the original Eggo commercial was released (as a YouTube search for the original yields little), it wouldn't be surprising if the ad was created in the '80s — the same decade the popular streaming show takes place.

Take a look at the first trailer for Stranger Things Season 2 below:

More like this
Caleb McLaughlin Details Racism From 'Stranger Things' Fans
By Radhika Menon
10 Stranger Things-Inspired Halloween Costumes For True Fans
By Emma Carey
The Best 'Grey's Anatomy' Intern Moments, From MAGIC to Glasses
By Grace Wehniainen
24 Years Ago, 'Friends' Dropped Its Most Underrated Ross & Rachel Episode
By Grace Wehniainen
Get Even More From Bustle — Sign Up For The Newsletter