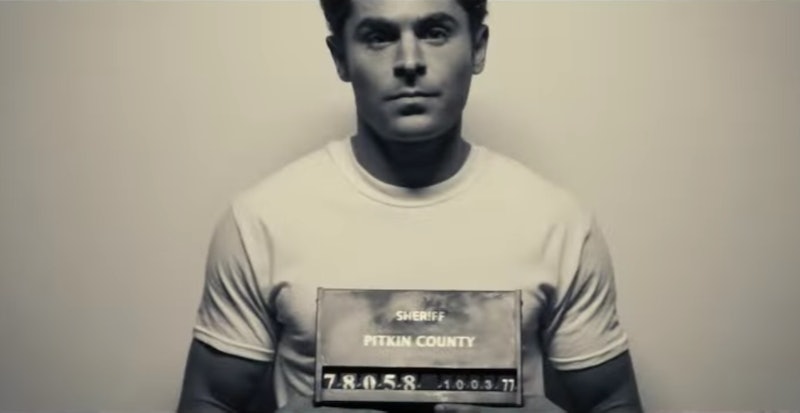 Just a few days before the movie premiered at Sundance, the first teaser trailer for the Ted Bundy biopic Extremely Wicked, Shockingly Evil, and Vile dropped online, and the public reaction was all over the place. Some expressed excitement over Zac Efron's against-type turn as the convicted serial killer; others decried the movie's very existence, arguing that casting a Hollywood heartthrob or exploring Bundy at all would sensationalize the man and his acts. In the lobby of a Park City, Utah hotel, director Joe Berlinger, who also directed Netflix's recent true crime smash The Ted Bundy Tapes, defends his choice to dramatize Bundy's life of crime — and how he kept that life from the people closest to him.

"I think the idea of this particular story, making a movie about Bundy, equals glorification of him is a very naive and knee-jerk reaction," Berlinger says. "Because if you actually watch the movie, the last thing we’re doing is glorifying him. He gets his due at the end, but we’re portraying the experience of how one becomes a victim to that kind of psychopathic seduction."

The filmmaker, known for acclaimed documentaries such as the Paradise Lost trilogy and Brother's Keeper, does acknowledge that his work is, in and of itself, somewhat morally iffy. "I am highly aware of the hypocrisy that I myself participate in, about the nature of of true crime filmmaking is that, at the end of the day, we’re making entertainment out of other people’s tragedy," he says. (Extremely Wicked ends with a card listing every one of Bundy's known victims.) However, Berlinger calls attention to the advocacy that he's endeavored to infuse into his filmmaking, championing the wrongly accused and pushing for criminal justice reform.

In making Extremely Wicked, which co-stars Lily Collins as Bundy's long-term girlfriend, Elizabeth, Berlinger was not trying to make "a movie for everybody," and respects the fact that there are people who won't want to spend two hours watching Efron's Bundy charm and connive, whether that's because they're morally opposed to it, or simply because it makes them uncomfortable. He bristles at the idea though, that Extremely Wicked or any other narrative portrayal of Bundy should not be made, out of respect to those whose lives were destroyed.

"Look, there have been a lot of movies about Adolf Hitler and about the Holocaust, but if somebody were to have a new angle as a way of illuminating some aspect of the human condition or aspect of that particular story... I think telling filmmakers any subject matter is off limits is a very slippery slope that leads us to Trump declaring that the media is 'fake news,'" he says. "I think there should be no censoring of subject matter, if it’s done responsibly. And even if it’s done irresponsibly, people have the right to tell any story they want to tell."

Berlinger believes that the message of the film is also worth imparting, and immediately relevant: that evil is not easily recognized. Extremely Wicked is based on The Phantom Prince: My Life with Ted Bundy, a memoir by Bundy's ex-girlfriend Elizabeth Kloepfer, written under the pen name Kendall; therefore, the audience sees Bundy through her eyes — unaware as she was of the horrors he was responsible for — for much of the movie. "The fact that somebody like Ted Bundy got away for so long, eluded capture for so long, because he was charming and manipulative and people around him thought he was not capable of these crimes, that’s a lesson you can’t learn enough and a very valid lesson to put out into the world," Berlinger adds.

The 90-second teaser trailer for Extremely Wicked incorporates in a traditionally flashy marketing-type way, some of the very few moments of violence in the actual film. Berlinger, who underlines that he has nothing to do with the way that trailers are cut, is clearly frustrated that viewers assumed that the movie would be graphically violent and salacious — without spoilers, I can confirm that that's very much not the case. After the movie's few Sundance screenings, however, the opposite complaint was heard: That because the movie declines to show the vast majority of Bundy's "shockingly evil" crimes, it's somehow softening the character. "So you can’t win," Berlinger sighs.

On Tuesday, TMZ interviewed Kathy Kleiner Rubin, a woman who survived an attack by Bundy in 1978, about the film and Efron's casting. "I don't have a problem with people looking at it, and as long as they understand that what they're watching wasn't a normal person," she said. "I think the movie does glorify him more than I think he should be, but like I said, I think everyone should see it and understand him as what he was even when he was the 'perfect son.'"

There's no official release date yet for Extremely Wicked, Shockingly Evil, and Vile, but later this year, moviegoers across the country will be able to come to their own conclusions about the controversial film.