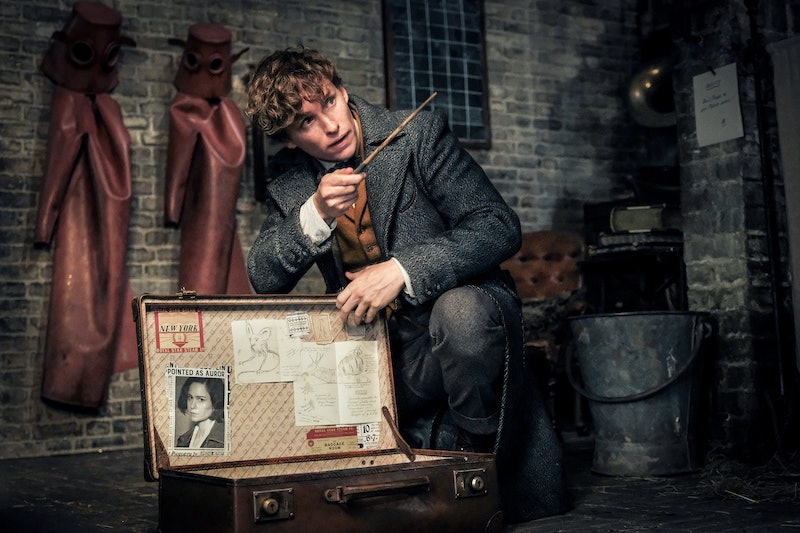 So, there's good news and there's bad news. The good news is that Deadline just reported the Fantastic Beasts 3 release date. Feel free to celebrate for a quick minute, as this is most definitely exciting. Now, brace yourself for the bad news: the third installment in J.K. Rowling's Harry Potter spin-off won't hit theaters until 2021, which is ... not exactly soon. Hey, at least you've got something to look forward to for the next two years, though!

On April 29, Warner Bros. Pictures' President of Worldwide Theatrical Distribution and Home Entertainment, Ron Sanders, revealed that Fantastic Beasts 3 will be released on Nov. 12, 2021. "J.K. Rowling created an awe-inspiring universe that has captivated people of all ages, taking us on an extraordinary magical journey," Sanders said in a statement obtained by Deadline. "Warner Bros. is so proud to be the cinematic home of the Wizarding World and is excited about the future of the Fantastic Beasts franchise. We look forward to bringing the third chapter of the five-film series to audiences around the globe in November 2021."

Deadline also noted that production on the new film is expected to start in the Spring of 2020, so, yeah — it's a ways away from being a reality. According to Toby Emmerich, the Chairman of Warner Bros. Pictures Group, though, there's a good reason for the lengthy delay.

Emmerich explained, "We are incredibly excited about and have confidence in the Fantastic Beasts series. We all believe this release date will give the filmmakers time and space to allow their artistry to truly flourish and deliver the best possible film to our fans."

OK, that's fair. Still kind of a bummer that fans will have to wait so long, but it's good to know that they're super focused on quality and artistic integrity.

Rowling first confirmed that a third film would be happening way, way back in November 2016, as per Variety. During an interview with the outlet at the premiere of the first Fantastic Beasts film, Rowling mentioned that there would be, not only three, but at least five movies coming out in the series.

According to Deadline, the third film was originally slated to begin production in July of this year. In January, they announced that they'd decided to push back filming to the fall, but now we know that the cameras won't start rolling until the spring of 2020.

Aside from the new release date, there isn't all that much more known about Fantastic Beasts 3. Obviously, Rowling will be writing the script, and director David Yates — who was at the helm of the first two films — is likely to direct. Yates also directed the final four Harry Potter films, so it's safe to say that he knows what he's doing when it comes to the world of Potter and friends.

Given where Crimes of Grindelwald left off, with the villainous wizard gaining power and supporters, fans can probably bank on seeing the majority of the cast from that film return for the third. Hopefully, more details will emerge as filming begins next year, but for now, you'll just have to be patient.