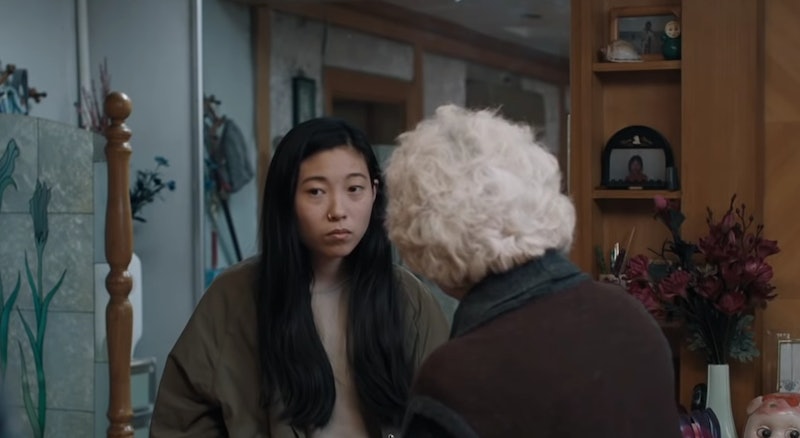 On a typical morning riding the subway in to work, my mind is usually preoccupied with the same-old, same-old: Thoughts about my to-do list for work. Prepping for my first morning meeting. Wondering what I’m going to eat for lunch. But this week was different. Instead, as I rode the rumbling R train into Manhattan, I spent my time thinking about my paternal grandparents — specifically, the last time I was able to see Ye Ye and Ma Ma before they passed. The last time I said goodbye to them (Ma Ma was more than a decade ago, Ye Ye was just within the last few years). The memories that we shared and how much I valued them, considering we’d always lived a 15-hour flight apart. The sort of relationship we had, and the way we were able to express our love for each other, considering I never fluently spoke their language (Cantonese) and they didn’t speak mine. These were the kinds of self-reflections I couldn't get out of my head after watching The Farewell, the 2019 Sundance favorite written and directed by Lulu Wang, which opens in limited release in theaters today (July 12).

The film is, per its tagline, “based on an actual lie” – but in reality, based on Wang’s actual real-life experience that was first brought to public attention, and intrigue, in a "This American Life" episode. Without giving too much of the plot away, it’s about a family’s decision to keep the grandmother’s terminal prognosis a secret from her — but while doing so, also deciding to stage a fake wedding in order for all the family members to covertly spend one last bit of time with her. Awkwafina (whose given name is Nora Lum) plays Billi, a millennial-age woman living in New York City, who travels to China to attend this fake wedding with her family to see her Nai Nai. It’s the sort of movie, as my coworker phrased to me after we viewed it earlier this week, that is “impossible to watch and not want to immediately hug your family members.”

It’s also the sort of movie that was impossible for me not to see myself in, considering, like Billi, I’m a millennial Chinese American woman living in NYC whose grandparents have always (or, in Billi’s case, for much of her life) lived a literal ocean away. And it’s the sort of movie that, even if your personal experience doesn’t mimic exactly that of Billi’s — or, I suppose, Wang's, if art is meant to imitate life in this scenario — really forces you to think about and reflect on your relationship to your family members and, of course, your goodbye to them if and/or when given the chance. It's something Awkwafina herself has opened up about in interviews ahead of the movie, previously telling Refinery 29 about why she deeply related to the movie: "It really all comes from my relationship with my grandma. I was raised by her from the time my mom passed away. When I saw the script, I cried. I never thought I'd see a movie like it, one that was very personal to me."

The last time I’d end up seeing my Ma Ma was during a 2003 summer trip to Hong Kong when I was in high school. The ends of these trips — which we tried to take every few years — were always filled with tearful goodbyes with grandparents and aunties and uncles; par for the course, considering you are saying farewell to loved ones that you know you wouldn’t be seeing again for awhile. But at least for me, those goodbyes were always to some extent taken for granted because I assumed I’d see everyone again the next year, or the year after. You don’t usually plan for the last time you see someone to be the actual last time you see someone — and I didn’t know that that would be the last time I’d see my grandma.

My last visit with my grandma is unique to our relationship of course, but it's one so many can relate to when it comes to their own family story. And that's exactly why The Farewell is so probing. Now, I realize how often I'm saying goodbyes, even not-final ones: to my parents, every time I leave after a visit home to Arizona; my siblings; my in-laws; my friends.

More like this
Vanessa Hudgens Is Reportedly Engaged To Cole Tucker
By Jake Viswanath
Pamela Anderson’s Dating & Marriage History Could Be Its Own TV Series
By Jake Viswanath
Keke Palmer Shares The Sex Of Her & Darius Jackson's Baby
By Jake Viswanath
Who Is Allison Williams Dating After Her Divorce? She’s Engaged With A Child
By Jake Viswanath
Get Even More From Bustle — Sign Up For The Newsletter
From hair trends to relationship advice, our daily newsletter has everything you need to sound like a person who’s on TikTok, even if you aren’t.