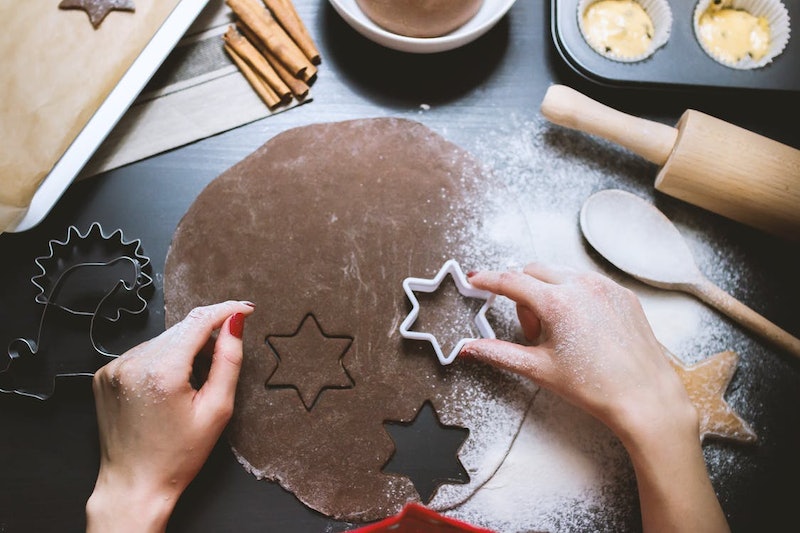 The metaphorical term “made with love” gets tossed around fairly frequently with regards to items that have been made in small batches or by hand — but I have bad news for all the bakers, chefs, and other kitchen-oriented folks in the crowd: Apparently, “love” is not an FDA-approved ingredient which should not appear on food labels. Put your love away, everyone. It has no place in baked goods.

At the center of this story is a bakery located in Massachusetts. More precisely, it is located in West Concord, Mass. It is called the Nashoba Brook Bakery — so named for the body of water that flows by it — and, well… I should probably give you full disclosure here: I grew up in Concord and consumed a good deal of Nashoba Brook Bakery goods in my youth, so I am perhaps more amused by this story than most. Regardless as to how I personally feel about the whole thing, though, what we’re looking at here is a letter sent by the Food and Drug Administration (FDA) to the Nashoba Brook Bakery on Sept. 22, 2017 and made public on the FDA’s website. It’s... really something else.

The letter came following an inspection that had been carried out at the bakery between May 25 and June 8, 2017. Now, to be fair, the letter does lay out a number of issues that need addressing; indeed, the point of the whole things seems to be to make sure that the bakery is responding to the issues raised during the inspection, as the final line of the first paragraph reads, “To date we have not received a written response to the FDA Form 483, List of Inspectional Observations which was issued.” (Nashoba Brook Bakery owner John Gates subsequently clarified to NPR, “We will comply with everything that the FDA has asked us to do.”)

But then there’s this: Under a section of the letter titled “Misbranded Food,” a bullet point with a strange sticking point appears. It reads as follows:

Here is the granola in question:

LOOK at that granola! LOOK at all the love just oozing out of it! How NEFARIOUS! CLEARLY SOMETHING MUST BE DONE!

This isn’t to minimize food safety; again, there are issues that need addressing. Indeed, the FDA told Bloomberg that the “love” thing is “not among the agency’s top concerns” — it’s more about sanitation and health violations, which the FDA noted in a statement to Mashable include "potential allergen contaminations and failure to clean and sanitize its baking equipment and facility properly." Said the agency to Bloomberg in an email, “The agency expects the company to correct the serious violations found on FDA’s inspection, as noted in the warning letter.” John Gates told Bloomberg that many of the agency’s observations were useful; the bakery is planning to comply with the recommendations and send them a response within the week.

However, Gates also said that to him, the whole thing “just felt so George Orwell,” according to Bloomberg. “I really like that we list ‘love’ in the granola,” he said. “People ask us what makes it so good. It’s kind of nice that this artisan bakery can say there’s love in it and it puts a smile on people’s face. Situations like that where the government is telling you [that] you can’t list ‘love’ as an ingredient, because it might be deceptive, just feels so silly.” What’s more, Nashoba Brook Bakery co-owner and chief baker Stuart Witt told the Associated Press that they’ve been selling the granola for nearly as long as the bakery has been open — almost 20 years — and that “love” has always been on the label. Knowing this, I can't help but wonder, why has it suddenly become a problem now? That’s… weird

In any event, Twitter is also finding the whole thing bizarre and ridiculous and hilarious. Here is a small selection of what folks are saying in response: