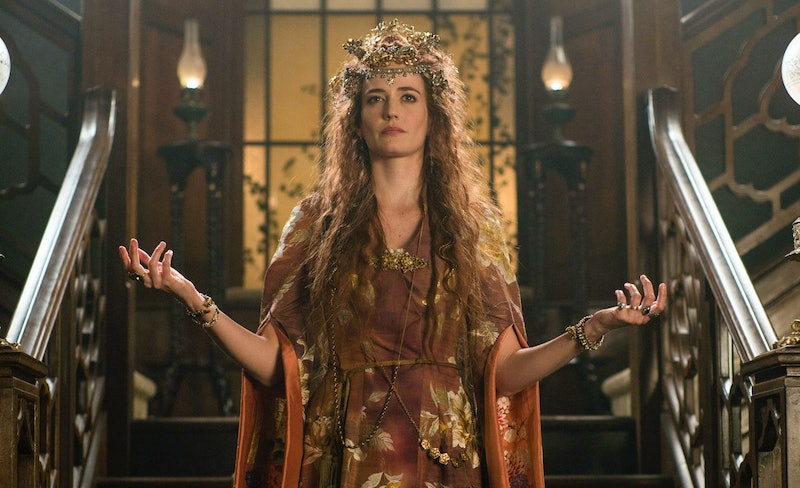 Following in the footsteps of a number of book-to-TV adaptations on the BBC this year alone, The Luminaries is based on Eleanor Catton's 2013 Man Booker Prize-winning novel of the same name, set during the 1860s gold rush in New Zealand. The six-part adaptation certainly seems lavish, from its all-star cast and series artwork drip-fed since the adaptation was announced back in 2018. Now we finally get a first look at what the “intricately woven, suspenseful tale of love, murder, magic, and revenge,” has to offer with the release of The Luminaries trailer.

As per Catton’s 2013 novel, The Luminaries follows a number of characters, loosely associated with zodiac signs or planets, on New Zealand’s South Island during the 19th century gold rush. According to the official synopsis, “The Luminaries tells an epic story of love, murder and revenge, as men and women travelled across the world to make their fortunes.” The adaptation’s main characters are Anna Wetherell (Eve Hewson) and Emery Staines (Himesh Patel), two young arrivals from Britain who are in search of a fresh start and a fortune, and also stars Casino Royale's Eva Green as ruthless brothel owner Lydia Wells. Cue enviable New Zealand landscapes and sweeping vistas.

In a chain of authors writing the screen adaptations of their novels, writer Catton has also written the adaptation for The Luminaries. In a statement at the time of the announcement Catton said: “I’ve had tremendous fun adapting this novel for the screen and feel incredibly lucky to be working with such fantastic people across different art forms.”

“Writing a novel is a solitary business, but writing for the screen is emphatically collaborative,” she said. “To see the world of The Luminaries enlarged and enriched in ways that go far beyond the scope of my own imagination has been a humbling and hugely exhilarating experience.”

The Luminaries has now been confirmed to start on Sunday 21 June at 9pm on BBC One and iPlayer. The series was originally due to air on BBC Two, but has since been moved to BBC One. Episode two will air the following evening, with further episodes every Sunday night, and the full series available as a box-set on iPlayer.

More like this
This First Look At 'The Gold' Shows Jack Lowden In A Whole New Light
By El Hunt and Sam Ramsden
Everything To Know About The 'Daisy Jones & The Six' TV Series
By Maxine Harrison and Brad Witter
'The Last Of Us' Has Officially Been Renewed For Season 2
By Darshita Goyal
Michaela Coel Has Some *Thoughts* About The Nepo Baby Discourse
By Maxine Harrison
Get The Very Best Of Bustle/UK
Sign up for Bustle UK's twice-weekly newsletter, featuring the latest must-watch TV, moving personal stories, and expert advice on the hottest viral buys.