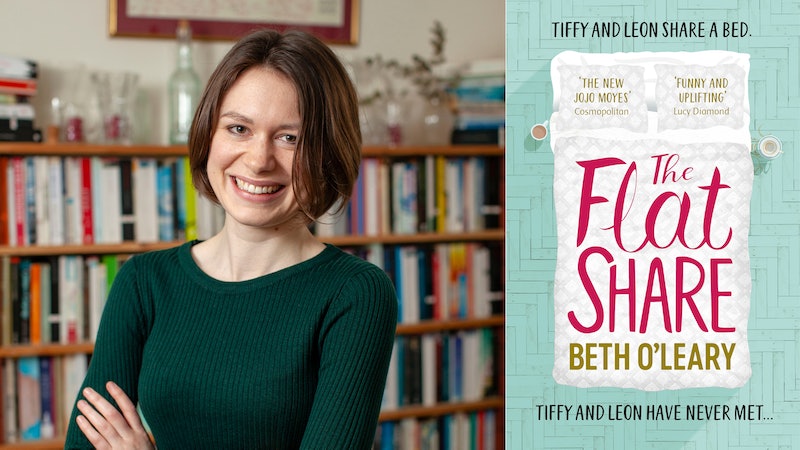 There are two people on the 07:55 train from Winchester to London Waterloo who may well have read a fair bit of my first novel before anyone else did — even my boyfriend. I wrote almost every word of The Flatshare on my commute, and, like many of the commuters I shared the train with, I had a regular seat that I’d aim for. If they chose to, the two people who usually sat behind me could’ve read the novel in real-time, as I wrote it. It’s a slightly alarming thought.

The risk of over-the-shoulder readers was worth it, as far as I was concerned. I dreamed of becoming a published author, but working full time in London meant it was hard to find time to write. My commute became my solution to the problem. For two hours a day, I was sat on a train with nowhere else to go and no WiFi connection to distract myself on Twitter. It was ideal.

My move out of London inspired not just how I wrote the book, but the story within it: the idea for The Flatshare came to me when I moved in with my boyfriend in Winchester. He’s a junior doctor, and he was working lots of night shifts. Though we were living together at last after three years in different cities, we seemed to be seeing each other less than ever. When I was in, he was out. We’d go days on end without crossing paths. But in a strange way, we still felt closer for sharing a house, even if we weren’t there at the same time.

With so much of our time spent apart, I started to notice clues around the house that would give me more of a sense of how he was. The number of coffee mugs by the sink told me how much caffeine he’d needed to keep him going that night. The last programme loaded up on Netflix said what sort of mood he was in. The sad lunch accidentally left in the fridge told me that that night’s shift was going to be an especially tough one.

I spoke to a friend of mine about my strange living situation, and she pointed out that if my boyfriend didn’t live with me, he could have rented out his room to a stranger. The thought stayed with me, not as a business idea but as the concept of a novel. I found myself wondering, what if two strangers lived this way? Could two people share a one-bed flat, but never meet? And if they did… what might they learn about each other from the traces they each left behind?

That’s how it started. My two main characters, Tiffy and Leon, were born out of that concept – I asked myself what sort of people might be willing to sign up to such an unusual living situation, and they just came to life from there. I wrote that first draft fast, aiming to hit 800 words or so on each leg of my commute. It didn’t always happen – there were plenty of days when I found excuses to leave the laptop at home or to stare out the window instead of hitting my word count. But within about six months, I had a rough first draft.

It took me another six months to get it into shape: rewriting, cutting, losing characters and unpicking subplots until I had something I was relatively happy with. Even so, it was hard to hold the faith in the novel when I sent it out to literary agents — I’d sent stories to agents before with no success, and the rejections always hurt. But one agent wanted to read more — then she wanted to sign me. It was a genuine dream come true. And so it began, the most wonderful few months of my life, as The Flatshare sold to publishers across the world.

I’ve lost count of the number of The Flatshare drafts there have been – I worked on the novel further with my agent, then with my editors in both the UK and the US. I’ve learnt that so much of the work of writing a book happens after you’ve first typed The End. The book is infinitely better for all that editing, and for the incredible skill and expertise of the editors who helped me shape it. I cringe to think of that first draft now. In fact, if those two people behind me on the train happen to pick up a copy somewhere, I wonder if they’d even recognise it as the novel they read over my shoulder.