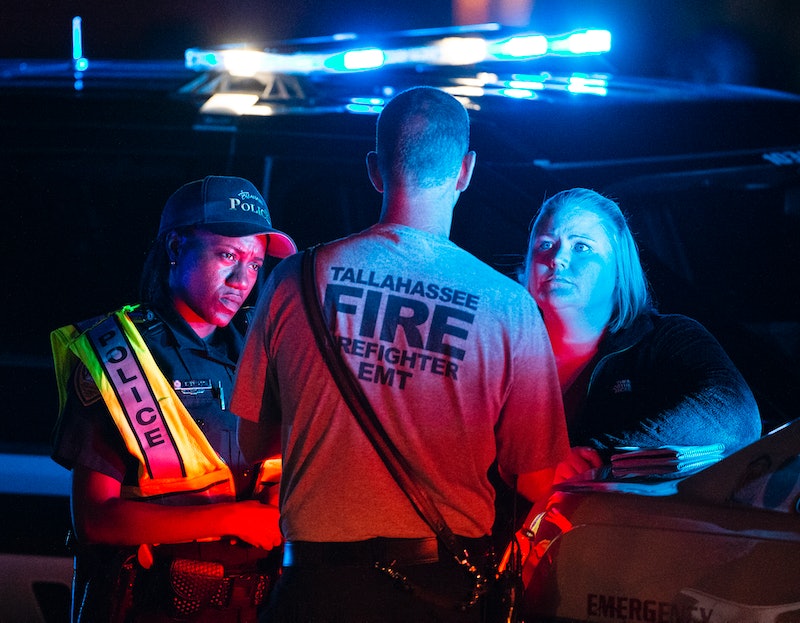 After a months-long investigation into a November shooting that left two women dead and five others injured, police concluded this week that the Florida yoga studio shooter had a "hatred towards women," CNN reports. Tallahassee Police Chief Michael DeLeo explained in a Tuesday news conference that the gunman didn't target specific women, but was influenced by his "misogynistic attitudes."

"Scott Beierle's lifetime of misogynistic attitudes caused him to attack a familiar community where he had been arrested several times for his previous violent action towards women," DeLeo said Tuesday, per The Orlando Sentinel. He said the shooter's "hatred" of women began in grade school.

The gunman shot six women and pistol-whipped a man at the hot yoga studio before dying by suicide, according to police. Maura Binkley, a 21-year-old student at Florida State University, and Nancy Van Vessem, a 61-year-old faculty member at the university, were killed.

Women in the United States are 16 times more likely to be killed with a gun than women in other high-income countries, according to a 2018 study from the National Partnership for Women & Families. More than half of mass shootings between 2009 and 2016 were related to domestic or family violence, per the same study, disproportionately affecting women.

While the yoga studio gunman didn't appear to have a history of domestic violence, CNN reports that he was accused of sexual misconduct multiple times, pointing to the same trend that "hatred" toward women is often deadly.

Take, for instance, the Las Vegas shooter who killed 58 people and injured hundreds last year; he allegedly berated his girlfriend in public repeatedly. The Sutherland Springs, Texas church shooter who killed 26 people the same year was reportedly discharged from the military for assaulting his wife and child. The Pulse nightclub shooter, who killed 49 people in Orlando in 2016, allegedly beat his ex-wife and had anger management issues that were set off by women, race, and religion. The man who shot nine people at a Colorado Planned Parenthood in 2015 was accused of physical abuse by two ex-wives. The list goes on.

Dr. Steve Dubovsky, a psychiatry professor at University at Buffalo and an expert on trauma, told Bustle last year that while most mass murderers don't have a history of domestic violence, it's common for people who commit violent crimes to have a violent past.

"Someone who's violent in one area is more likely to be violent in another area," Dr. Dubovsky said.

With Thursday marking the one-year anniversary of the Parkland school shooting, gun violence is top of mind for many Americans. In 2017 alone, 39,773 people in the U.S. were killed by a gun, according to the Centers for Disease Control and Prevention — the highest number of deaths in two decades.

Not much has changed in terms of gun control on the federal level, however. The Trump administration did ban bump stocks, the attachments that allow semi-automatic weapons to fire more rapidly, in December, but little has been done to prevent people with histories of violence toward women from buying guns.