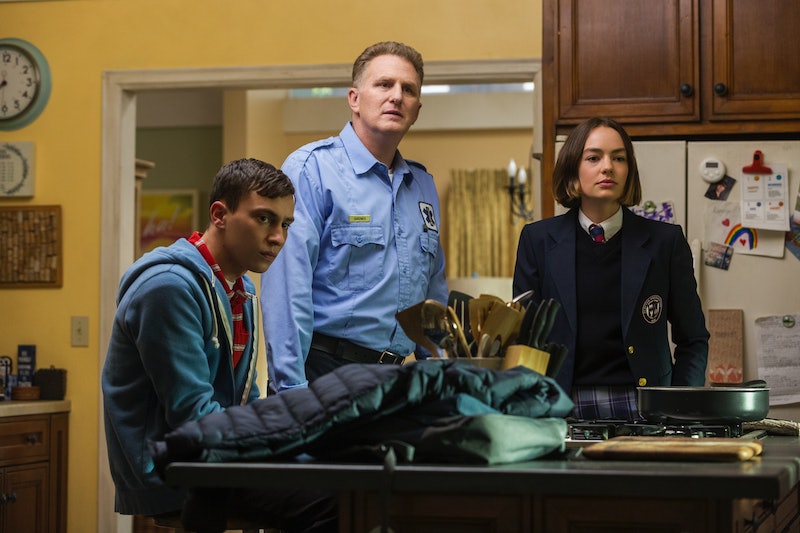 Take a deep breath and say it with me: adelie, chinstrap, emperor, gentoo. Atypical Season 2 just dropped on Netflix, and things are getting even more complicated around the Gardner house this season. Season 1 of the Netflix original series introduced the world to Sam Gardner (Keir Gilchrist), an 18-year-old high school senior with autism. While the series was met with some controversy from the autism community for how it chose to portray its main character, Atypical Season 2 is about change, and it gives the other main characters in the series plenty of room to grow.

Much like Season 1 of Orange is the New Black focused on Piper Chapman, only to have her take a back seat to other storylines in later seasons, Atypical Season 2 expands its focus from Sam to the rest of the Gardner clan. Elsa is processing her guilt after cheating, Doug is dealing with his anger at Elsa, and Casey is just trying to navigate the Antarctic ice storm known as adolescence. Adelie, chinstrap, emperor, gentoo.

Season 2 is all about coping with change, a theme not-so-subtly enforced by Sam's first visit to his peer group therapy session (a scene featuring young actors on the autism spectrum) in Episode 3. The school counselor gently asks who in the room has difficulty accepting change, and she raises her hand right along with the rest of the group. It's an unapologetically earnest moment, no doubt, but I'd be lying if I said I didn't kind of want to raise my hand, too. When Sam launches into his diatribe of all the things up in the air in his life at the moment, it makes you stop and wonder how he's managing to handle it all so well, actually.

Because in the grand scheme of things, Sam actually does seem to be the one staying the most calm during Season 2, trying to make sense of all the confusion in his direct, methodical way. Of course he has some freakout moments — running out of class and into the road, for instance — but compared to the climactic bus incident toward the end of Season 1, it all seems like the sort of behavior anyone under extreme stress might exhibit. Add that to the fact that the car that hit him was only moving about five miles an hour, and well, the moment just didn't have the drama that Doug and Elsa tried to attribute to it.

This season, Sam's sister Casey is the one spiraling out of control. It's great to see such an endearing character get more time in the spotlight, even if it is frustrating to watch her act out at school and at home. Seeing how she tortures her mother, fights with her new teammates at Clayton prep, and tries to navigate the dynamics of young love had me feeling overwhelmingly grateful that I'm no longer a teenage girl myself.

Mr. and Mrs. Gardner don't seem to be doing any better, either. At the end of Episode 1, Doug lashes out at Elsa, still livid after finding out about her affair. "You disgust me," he says to her, at the very moment when she thought he was going to come back home. It's hard to watch, and made me wonder how Doug managed to climb up on his high horse so fast after his own transgression came to light last season.

But, away from her hyper-organized whiteboard and helicopter parenting, and under the weight of her whole family's anger and disappointment, Elsa is instantly about five times more likable than she was last season. It's easy to sympathize with someone when they're being treated like crap, which makes two big changes for her character since Season 1.

It's a welcome change to see Atypical branching out to develop the rest of its core cast a little more carefully; the show took some heat for failing to do just that back in Season 1. Proma Kohsla of Mashable, for instance, wrote that "the writing and production [on Atypical] puts so much thought into carefully crafting this autistic character that the people around him aren’t always fully formed." It looks like it's criticism the show's writers have decided to act on, and that's one change that definitely seems to be for the better.