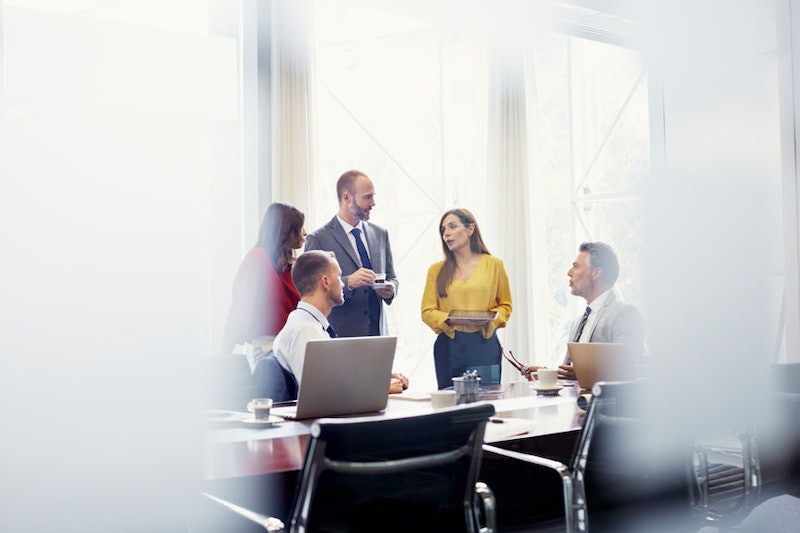 Oh hello! Great news, the world is still a mess. So it looks like the gender pay gap is on the rise again. Yes, y'all, it turns out that by merely ticking the box marked "F" on your various employment forms, you may be facing the possibility of less dough for your hard work. According to new research from the BBC, the gender pay gap has increased at not one but hundreds of big companies over the past year.

In their analysis, the BBC looked at certain companies' "median pay gap," which is the difference in pay between the middle-ranking women and middle-ranking men. (It should be noted that the median pay gap is not the same as unequal pay, which is paying women less than men for the same work. That, my friends, has been an illegal act since the Equal Pay Act came into force back in 1970.)

It is a legal requirement for private companies, charities, and public sector departments that have 250 or more employees to publish their gender pay gap. The results that the BBC analysed were from private companies, and the data was gathered in 2018 (as those are the most recent figures available).

And what sorts of private companies have been misbehaving in terms of gender pay gap? Well, according to the BBC, banks are "still behaving badly." The data shows that the worst offenders were RBS. Their average gender pay gap was an outrageous 36.8 percent. In order to tackle this issue, the bank has appointed a female CFO and has promised to hire more women for senior positions. "Our goal is to have at least 30 percent women in our top three leadership layers (c.800 roles) in each of our businesses by 2020 (40 percent on aggregate) and achieve a full gender balance across the bank by 2030," the bank wrote on their website.

BBC Economics Correspondent Dharshini David explained that, yes, the gaps may have increased but, actually, things are potentially getting worse as a part of getting better. "A large gap points to (typically) women being clustered in more junior roles," he said. "Progressing them through the ranks could take years. Actually, if a firms' plan includes recruiting more female employees at entry level, that can initially widen a pay gap." So, basically, companies are hiring more women, and that's a good thing, but at the moment, these women are in junior (i.e. lower-paying) positions. The hope is that they'll rise to top ranks in the next few years.

The process of improving a company's gender pay gap will obviously tale time, but many people, including the chief executive of The Equality and Human Rights Commission (EHRC), Rebecca Hilsenrath, believe that more plans need to be put in place to make the changes long term. Hilsenrath told the BBC, "We believe that it should be mandatory for employers to publish, alongside their pay gap data, action plans with specific targets and deadlines."

So, yes, for some companies, things have not improved. Some have actually gotten worse. However, hopefully, if external forces continue to put pressure on companies to close their pay gap, equal salaries for all will not just be a goal but a reality.