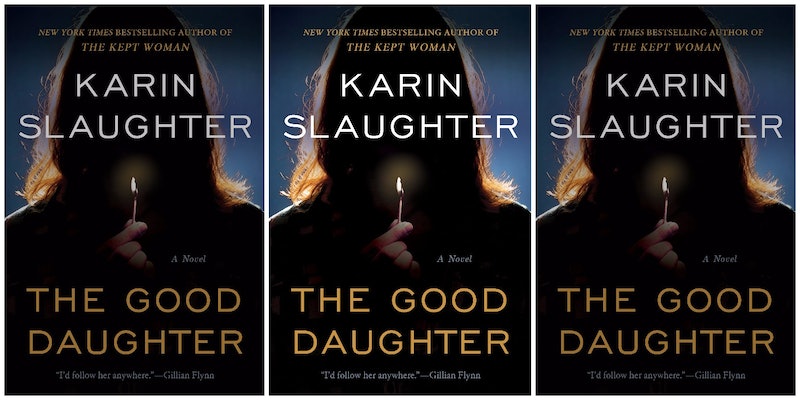 If your beach-reading bag seems a little light, I've got the perfect novel you can add to it to turn this season into a thrill-fest. Karin Slaughter's The Good Daughter is the crime novel you've been waiting for all summer, and with a cover blurb from Gillian Flynn, you know this one's going to be great. Watch the book trailer below to get as excited about it as I am, and pick up a copy of The Good Daughter when it appears next month at your favorite bookstore.

The Good Daughter opens on a fateful night in 1989, when two masked assailants visit the Quinn household in the small, southern town of Pikeville. Defense attorney and patriarch Rusty Quinn is out for the evening when his family is attacked. His wife is killed, one of his young daughters is shot in the head, and the other hides herself close by.

Twenty-eight years later, Charlie Quinn has followed in her father's footsteps to become a lawyer herself. But after she's caught up in a school shooting — a case in which the timeline of events has been muddied by small-town politics, and her father is slated to defend the shooter — Charlie finds herself thrown back nearly three decades, to the last time she was held at gunpoint.