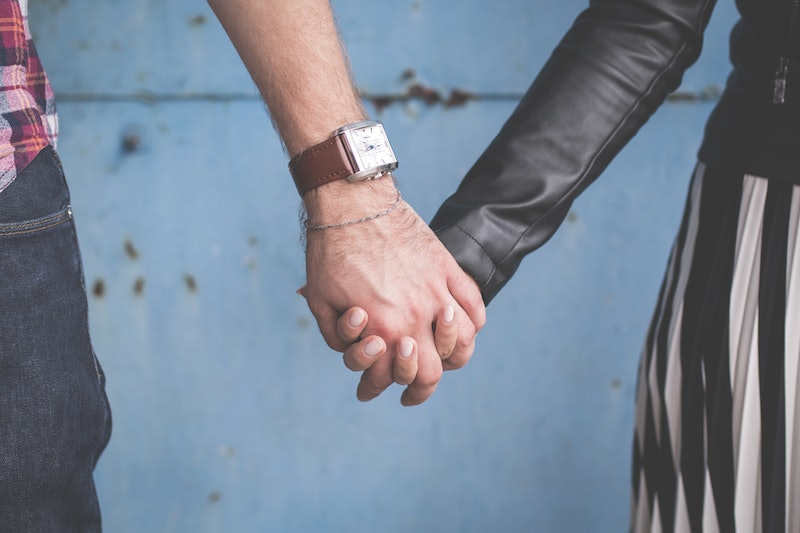 If you loved The Year We Turned Forty and The Status of All Things, you should know that the fourth novel from BFF-authors Liz Fenton and Lisa Steinke is on its way to a bookstore near you. The Good Widow is a twisted love story, and you can see the cover and read an excerpt below.

When her husband of eight years dies in a car accident, Jacqueline "Jacks" Morales is devastated. But she is absolutely shattered to learn that he was not in Kansas on business at the time of the crash. Instead, Jacks' husband was in Hawaii, and died alongside a mistress she didn't even know he had. Not only that, but her husband's mistress was engaged to a man named Nick, and he's just as out of the loop as Jacks.

Left grieving and bewildered by their lovers' affair, Jacks and Nick join forces to investigate the events that led up to their partners' deaths. Unsurprisingly, all is not what it seems, and Jacks soon learns that her husband had more than a mistress to hide.

Check out the cover for Liz Fenton and Lisa Steinke's The Good Widow and read an excerpt from the novel below! Be sure to pre-order the novel, which is available for pre-order and will be released on June 1, 2017.

The Good Widow by Liz Fenton and Lisa Steinke, $8, Amazon

His fingers slithered like a snake to find hers. She opened her palm and accepted them. There was something about the commanding way he reached for her. It felt like a statement. You are mine.

The reality was less clear. Because she was and she wasn’t. And it was in this contradiction where their relationship lived, where it took its deep sighs and shallow breaths, where the highs felt like the top of the most beautiful mountain. Breathtaking. Exhilarating. Peaceful. And the lows felt like the La Brea Tar Pits she had visited as a child. Trapped. Anxious. Uncertain.

There was something about the commanding way he reached for her. It felt like a statement. You are mine.

She ran her free hand through her hair, sticky from the wind that whipped through the rented jeep after they’d decided to take the top down to feel the sun, the air, maybe even the spray of the ocean. They were both a bit quiet; it had been a long drive with so many turns, both on the road and in their relationship, so she leaned back and let the silence between them comfort her. She needed to confess something to him. And as long as the wind continued to swirl around them, as long as they kept winding their way slowly down the torturous and twisty back side of the road to Hana, she could hold it on the tip of her tongue, where it had been resting for the last twenty-four hours. She squeezed his hand to check in, and her heart fluttered when he echoed it and made eye contact for a moment before looking back to the treacherous road.

There’s something I need to tell you. She had attempted to force the words out several times since she’d found out. As they lay in bed, wound tightly together, their faces shamelessly close. He’d shared his own secrets, their lips brushing as he spoke. But when it had been her turn, the words would not come. She had not been ready for him to know. To face what might happen after.

The lush rainforest opened up and presented the ocean, the view so magnificent that she gasped slightly. He squeezed her hand, then pointed down below the cliffs they were navigating, the creases around his eyes deepening as he smiled, his hand leaving hers again only to downshift as they reached the top of a steep incline. She often wondered why he had chosen her. Why he’d risked so much to be with an average-looking woman, the owner of a nose that was a little too small for her face, lips that were just slightly too thin. A girl who worked hard but still hadn’t found a career.

But when it had been her turn, the words would not come. She had not been ready for him to know. To face what might happen after.

But in moments like these, this man’s love, or lust, or even his affection — she was never quite sure what to call it — buoyed her. When he looked at her just like that, she knew that she’d do anything he asked. She might have even jumped off that bridge with him, as long as he’d held her hand on the way down. Granted, these thoughts of devotion were often fleeting. She questioned him almost as much as she revered him. But right then, in the jeep hugging the side of this mountain, the unpaved road so riddled with potholes that she was getting carsick, she felt like they could overcome anything together. That the world could be theirs.

That’s probably why she took off her seat belt. And decided to lean in close and breathe her secret into his ear. She could have simply called out her confession over the wind, but she needed to deliver the news gently. The rest of their lives together depended on it.

The Good Widow by Liz Fenton and Lisa Steinke, $8, Amazon