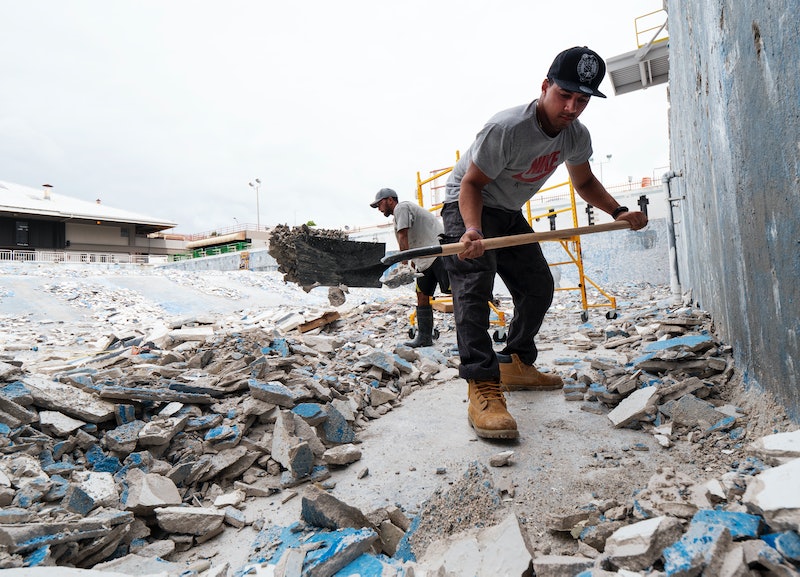 In a letter Monday, the Trump administration acknowledged that the government shutdown hindered Puerto Rico's hurricane recovery efforts by delaying the disbursement of federal aid to the U.S. territory. The disclosure came in the form of a letter from the Housing and Urban Development Department (HUD) to Sen. Elizabeth Warren, who'd inquired about the status of Maria recovery funds in January.

In a letter published by BuzzFeed News on Thursday, HUD Assistant Secretary for Congressional and Intergovernmental Relations Len Wolfson told Warren that "the recent lapse in appropriations did impact the department's work," and that not until after the shutdown ended were HUD employees able to give Puerto Rico full access to aide that the department had approved. Wolfson wrote that he was responding on behalf of HUD Secretary Ben Carson and Office of Management and Budget Director Mick Mulvaney, the latter of whom is also President Trump's acting chief of staff.

HUD first announced in February 2018 that it planned to give Puerto Rico $1.5 billion in block grants to help it recover from Maria's destruction, and that funding was formally approved in July. But according to Wolfson, Puerto Rico was only able to access that money in February 2019, shortly after the shutdown ended and over a year after the money was initially announced.

In his letter to Warren, Wolfson said that by Jan. 10, 2019, the Puerto Rican government had provided to HUD all of banking information necessary to make the $1.5 billion available to the island for use in recovery efforts. He went on to say that Puerto Rico made its first withdrawal from that account on Feb. 8, 2019.

However, HUD officials first had to confirm that Puerto Rico had "fulfill[ed] grant conditions that were a predicate to accessing the full $1.5 billion," Wolfson wrote. And this only happened on or after Jan. 28, the first full day of work after the shutdown for most staff, according to Wolfson. He added that finalizing Puerto Rico's aide "was determined not to be an excepted activity during the [shutdown]."

In her initial letter to Carson and Mulvaney, Warren drew attention to various concerns surrounding Puerto Rico's recovery efforts. In addition to asking specifically about the status of the $1.5 billion in HUD funds, Warren inquired about a Washington Post report alleging that Trump had told top aides in September "that he did not want a single dollar going to Puerto Rico, because he thought the island was misusing the money and taking advantage of the government."

"Did the president at any time order, instruct, or indicate to you or other Administration officials that he wanted to cut off or eliminate disaster relief funds for Puerto Rico?" Warren asked. "What instructions or orders did the President give, and to whom? What was the basis for these instructions or orders?" Wolfson didn't answer any of those questions in his letter to Warren on Monday.