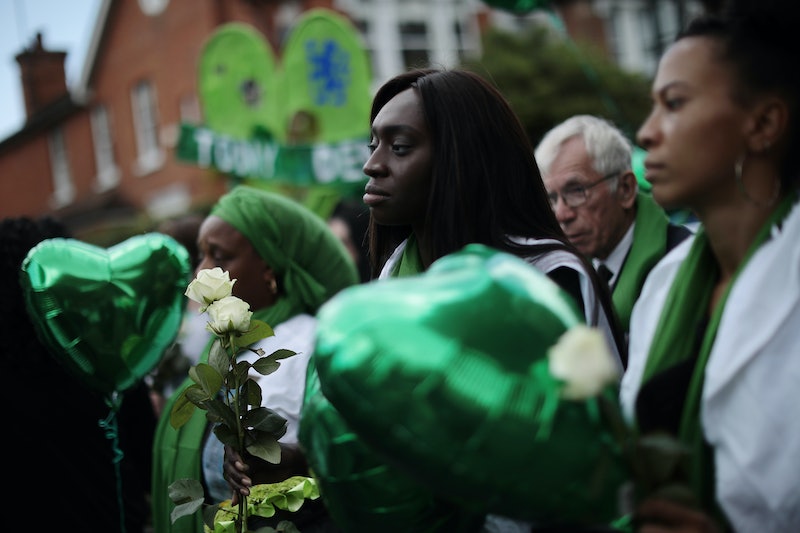 The families of those are involved in the Grenfell fire have criticised the inquiry which took place immediately after the incident. The relatives of those killed have accused the private companies and public authorities involved, of having "amnesia" when it came to recalling the events immediately after the fire that took so many lives. Their comments come almost two years after the tragic incident occurred in Kensington, West London.

The charity Inquest brought around 38 family members from 21 families together in their report Family Reflections On Grenfell: No Voice Left Unheard to give their feedback on the inquiry, according to the Evening Standard. Through anonymous interviews and a survey, the charity created a report illustrating the families' frustration with the first phase of the inquiry. The publication reports their findings were published on Wednesday.

One reply to the report said: "we all have lapses in memory. The bereaved and families from our side who went up to give evidence had an extraordinary level of recollection. In comparison the corporate entities had an amnesia fix. The chair should have been stronger to say, 'you have to try and recall'. That's such a disrespectful approach to those who have been affected."

Another contributor to the report said: "It feels like certain people are being let off the hook, not being asked important questions. Now the first phase is finished. We don't feel satisfied."

According to The Guardian, the report suggests those looking after families should have adequate training, and a key worker outside of the council should be assigned to grieving families. They also advised coordinated blueprints in the case of future disasters.

The director of Inquest Family reflections on Grenfell, Deborah Coles stated: “It is high time the inquiry team and the government listened to these voices and provide an inclusive and truthful inquiry that delivers structural change and accountability.”

What occurred on June 14, 2017 was one of the worst things to happen in recent British history. For Kensington and Chelsea, one of the wealthiest boroughs in London, to have a fire in a high rise tower block, is heartbreaking and unjust. The fact that these families still feel the inquiry failed them and their loved ones is a saddening disgrace. People died for no other reason other than not being wealthy, and living in a tower block. Now their families are still left with unanswered questions.

Grenfell can never be forgotten, nor can this be sweeped under the rug. These families and the public should have the right to know exactly what happened on that night, and why it took so long for help to arrive and for their questions to be answered, questions they have waited almost two years for. How many people across the UK live in similar tower blocks to Grenfell are a terrified for their own safety?

The official death toll was 72, that's 72 people who lost their lives. Their families deserve answers, they deserve all inquiries surrounding Grenfell Tower to be treated with the utmost urgency and respect, so something like this never happens again. An interim report is due to be held this spring, but the families of victims are yet to find out a date. Here's hoping its findings begin to move things in the right direction.