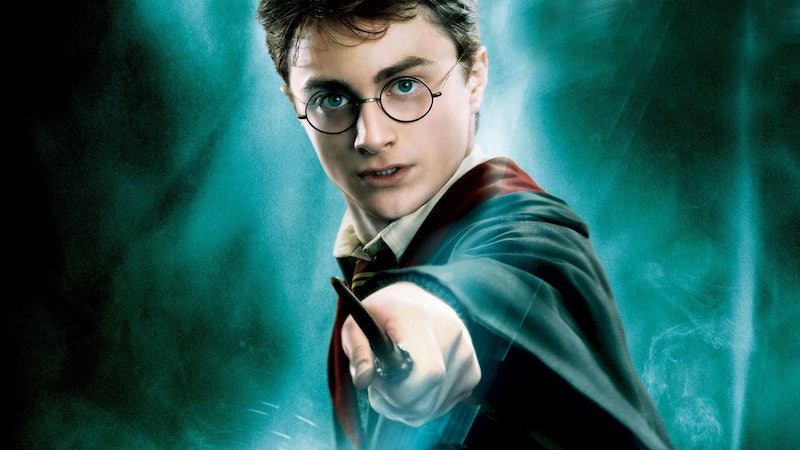 Warner Bros.'s HBO Max is set to be the next streaming service that everyone signs up for almost immediately, but don't expect to go back to Hogwarts once you finally log on. The Harry Potter movies won't be streaming on HBO Max in the near future, as revealed at the Television Critics Association on Wednesday, Jan. 15. And if anyone has their magic wands on deck to reverse this nearly unforgivable mistake, it'd be truly appreciated.

Many people thought the Harry Potter series was a given to be featured on HBO Max when it launches later in 2020, given that the company behind the new platform, Warner Bros., produced all of the movies. While the lack of Harry, Ron, and Hermione will surely disappoint fans, there's actually a simple explanation for the films not appearing on the streaming service. “Harry Potter is tied up with another programming group,” Michael Quigley, EVP Content Acquisitions at HBO Max, told the crowd at TCA, according to Deadline.

As reported by the Hollywood Reporter, back in 2016, Warner Bros. struck an exclusive deal with NBCUniversal, giving them the U.S. on-air and digital rights to all of the J. K. Rowling’s Wizarding World movies, including all eight of the Harry Potter films and all of the Fantastic Beasts spin-offs. The deal lasts until July 2025, and although this seems like a bummer now, the agreement allowed NBCUniversal to create the Wizarding World of Harry Potter attractions at Universal Studios theme parks, so can we really complain?

While Quigley confirmed that the deal would prevent Harry and the gang from appearing on HBO Max for quite some time, he's still aware of their importance and is actively working to get them. "Those discussions will continue on," he said at TCA. "At some point, you can’t have our experience without having Harry Potter be a part of it." Amen to that.

So until they work out a deal to bring the Wizarding World to HBO Max, where can you watch the Harry Potter movies now? All eight films are available to rent or purchase on platforms like iTunes, Amazon, and Google Play. If you have a cable subscription, you can also stream the movies on USA or Syfy's websites (with commercials, sadly). Or you can always try your luck with typical cable or on-demand channels. I know, how old-school of the Harry Potter crew.