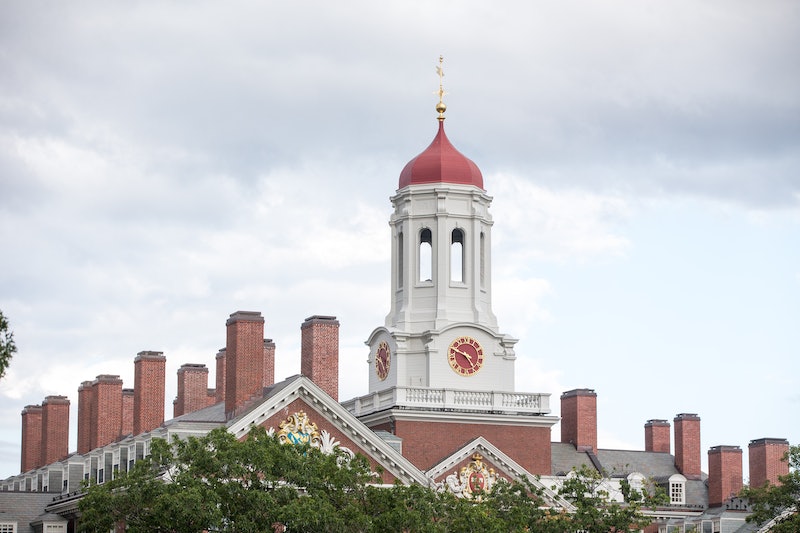 Affirmative action policies across the country are at stake as the Harvard University affirmative action lawsuit went to trial in federal court on Oct. 15, NPR reports. A group of Asian American students alleged that they weren't admitted to Harvard because of affirmative action, the set of laws and policies that ensure equal opportunities for minorities, CNN reports. The students' goal, says CNN, is allegedly to reverse the 1978 Supreme Court case that upheld university policies that consider an applicant's race in the admissions process. Other Asian American advocacy groups are divided, says CNN, with some arguing against the plaintiffs, saying that ending affirmative action will harm other racial groups' educational opportunities. Harvard released a statement denying the allegations that it discriminates based on race, and said race is just one factor the university considers to achieve a diverse student body. "The College’s admissions process does not discriminate against anybody," Harvard President Lawrence S. Bacow wrote in the statement.

The lawsuit, however, sheds light on an aspect of the Asian American experience that is rarely talked about: colorism. If you’re not familiar with the term, colorism is a kind of bias where light skin is privileged over dark, TIME says, and dozens of studies have shown that skin tone plays a “powerful role” in success in a society. While one Asian American community might feel it benefits from eliminating race from the college admissions process, neglecting to see the impact this would have on other communities of color demonstrates the very real effects of colorism and racism in Asian American communities.

“Colorism runs deep in Asian American communities and falls along predictable lines,” Nicole Ochi, supervising attorney at Asian Americans Advancing Justice – Los Angeles, tells Bustle. “As a general matter, East Asians tend to be lighter skinned and tend to have more economic and social privilege than other Asian Americans, such as Southeast Asians and Pacific Islanders. We see this in everything from educational attainment to poverty rates to interactions with law enforcement and representation in leadership positions.”

Recent data on the wage gap among Asian American women reflects just how deep colorism runs within Asian American communities. According to the National Partnership for Women and Families, Asian American women as a whole make 87 cents for every dollar white, non-Hispanic men make. But when broken down by ethnic group, says the National Partnership for Women and Families, Korean women make 91 cents, Filipina 85 cents, and Vietnamese 62 cents for every dollar a white, non-Hispanic man is paid, while Chinese women make 102 cents to the dollar. In contrast, Burmese, Samoan, and Hmong women only make within the 50-cent range.

“Despite the fact that Asia is a huge region, Asian Americans are often treated as a monolith,” Ochi tells Bustle. “There’s rarely any distinction between Asian American heritage groups, and that’s a problem.”

Ultimately, Ochi says affirmative action policies do not harm Asian American students, as the lawsuit alleges. Eliminating affirmative action would not only be harmful to Asian Americans who have been denied access to opportunities because of their skin tone; it will make it harder for any person of color to gain equal footing in a society that's stacked the odds against them. But that’s why it's so necessary to raise the flag on colorism, because it does nothing but further divide communities of color. Only through acknowledging these relative privileges can we truly advocate for all marginalized people. After all, equality isn't simply for the self; it's for everyone.