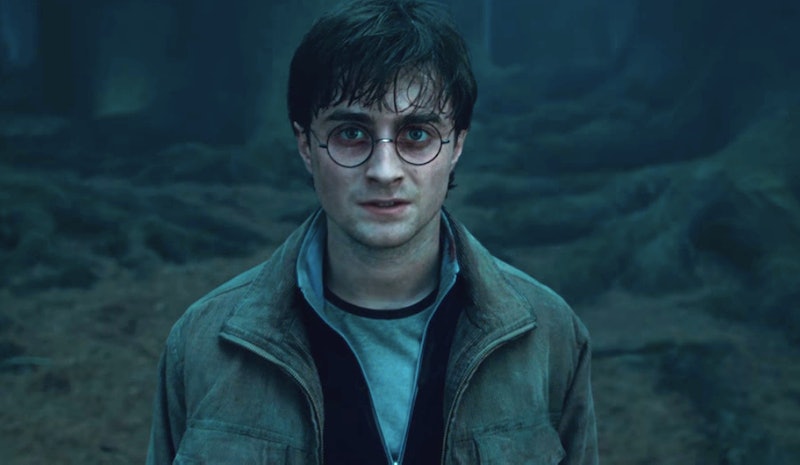 Once a Potterhead, always a Potterhead, right? Well, it's time to prove it, because HBO's Harry Potter Hogwarts House Challenges are coming to select cities across the United States. If you're a true fan, a true wizard, or just want to have a magical time, then it sounds like this might be up your alley. Or if you're just really competitive and like trivia games, then this may also catch your eye. But what exactly is the Hogwarts House Challenge, you ask?

Well, it's a chance for Harry Potter fans to compete in all things trivia. Groups of no more than 10 fans will go head-to-head for a chance to win some exclusive prizes and to get a up close and personal look at some of original props from the films — such as Tom Riddle’s diary, Horace Slughorn’s hourglass, and a Magical Drafts and Potions textbook. (Maybe try not to get too close a look at Tom Riddle's diary, though.)

Fans from Atlanta, Boston, and Denver are invited to come to their city's Hogwarts House Challenge dressed in their favorite wizarding garb on Jan. 18, Jan. 25, and Jan. 31, respectively, to mix and mingle with the best of them (and have a chance to compete for a Best Costume and Best Team Photo prizes). So, yes, this is the perfect time for you to dust off that old Severus Snape wig, or even that Dumbledore get-up, or whatever you wore to the last midnight movie release, if it still fits. For fans who are missing when the film series was still in progress, this could be a nice dose of nostalgia for the good old days.

Brought to the public by Wink Bank, Inc., HBO's Hogwarts House Challenge comes just in time for Harry Potter's 20th anniversary and on the tail end of news that illustrated editions about the franchise are set to release soon. According to Mashable, Scholastic will be rereleasing coveted Harry Potter novels with newly designed covers by Caldecott Medal-winning artist Brian Selznick to commemorate the milestone. The books, which were originally released in 1998 in the U.S., will be available to the public in July, and adding to this awesomeness, Scholastic will also be releasing special boxed sets in September.

And on top of that, Scholastic will also be joining in on the celebratory fun by hosting a few of their own Harry Potter themed events, too. It hasn't been announced exactly what the literary brand has in store, but if the excitement surrounding the new book sleeves is any indication, fans can bet that whatever they have up their sleeves will be pure magic.

HBO's celebrations, however, are literally right around the corner. And to help prepare, fans can tune into all of the Harry Potter films on their cable and streaming platforms. Everything from Harry Potter and the Scorer's Stone to Harry Potter and the Deathly Hallows, parts one and two, to even Fantastic Beasts, are currently available to marathon at your disposal, so all of you Atlanta, Boston, and Denver have no excuse to not be on top of their trivia game. As for those of us not lucky enough to catch any of the Hogwarts House Challenges in the flesh in January, here's to hoping that fans in other U.S. cities will have the opportunity to showdown in-person too. And if not, take a weekend to indulge in the Harry Potter film series, because you deserve it.

Those near the Atlanta, Boston and Denver surrounding areas can purchase tickets for HBO's Hogwarts House Challenges on HBO's Facebook page, because seriously, this sounds like an event you won't want to miss. It's also been announced that seating and availability will come on a first come, first serve basis, so if you want to show off your Harry Potter knowledge in this wizardly environment, procrastinating is totally not an option.

It's only the beginning of the year, but 2018 is already giving fans of the franchise something seriously cool to look forward to.