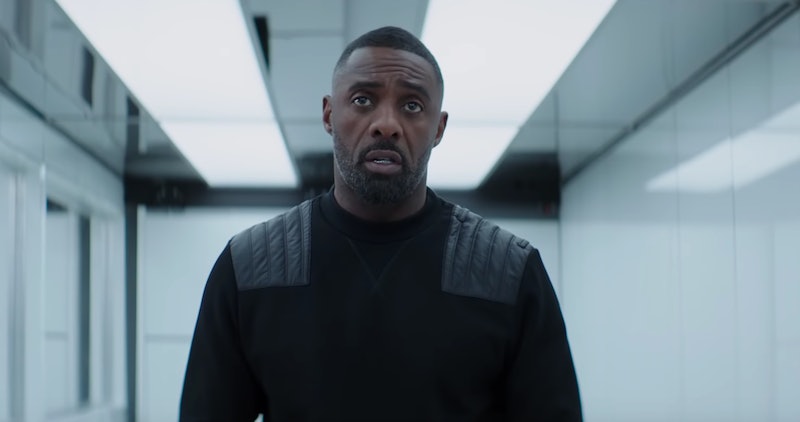 Hobbs & Shaw, out on Friday, is the first official spinoff movie of the Fast & Furious franchise. The new film deviates from the main storyline by focusing on the unlikely crimefighting duo of Luke Hobbs (Dwayne "The Rock" Johnson) and Deckard Shaw (Jason Statham), who team up again to take down cyber-human baddie Brixton Lore (Idris Elba). The Luther star is a newcomer to the franchise, and he didn't just bring his acting experience. The Hobbs & Shaw soundtrack features a song by Elba, too. It's a big year for his music career, as the actor also performed a DJ set at Coachella this year under the name Big Driis.

The soundtrack to Hobbs & Shaw is streaming now, including the star's energetic hip-hop track "Even If I Die." According to Entertainment Weekly, Elba wrote "Even If I Die" while filming the movie, and it's inspired by his character. The lyrics even reference Brixton's "Black Superman" line, which was a huge hit with fans just from the trailer. After shooting wrapped, Elba produced and recorded the song with hip-hop group Cypress Hill and it became a bonus track on the soundtrack. The movie itself also includes a remixed version of "Even If I Die," which plays over the credits and was mixed by the British group, Hybrid.

The tracklist of the upcoming soundtrack also includes a song by British singer YUNGBLUD as well as the British rock bands The Heavy and Yonaka. The action film is partially set in London and that influence is apparent on the album. So it's only right that one of the film's English stars would contribute his own music as well. Several U.S. artists are present too, of course, including Logic, Aloe Blacc, Ohana Bam, and A.G. a.k.a. Andre Barnes.

A good chunk of the film takes place in Samoa and features the family from which Hobbs is estranged. Samoa doesn't have the presence on the album that the British music scene does, but the film itself features many Pacific Islander actors in addition to Johnson. Hobbs brings his partner and Shaw's sibling Hattie (Vanessa Kirby) to his island homeland in the hopes of beating Brixton on that turf. WWE star Roman Reigns plays Hobb's brother in the film and told The Hollywood Reporter at the premiere, "We're so proud of him."

It sounds like those involved in Hobbs & Shaw have a lot to be proud of in general. In an interview with Entertainment Weekly from January, Elba addressed his work for the film's soundtrack, saying, "People know that I DJ and I make music and all that, but the hybrid of being able to put something that I’ve made specifically for a movie I’m in is new territory for me."

Since Elba used his super soldier character for inspiration in creating "Even If I Die," listening to the soundtrack will give you some hints as to what you can expect from Brixton Lore when Hobbs & Shaw hits theaters on Aug. 2.