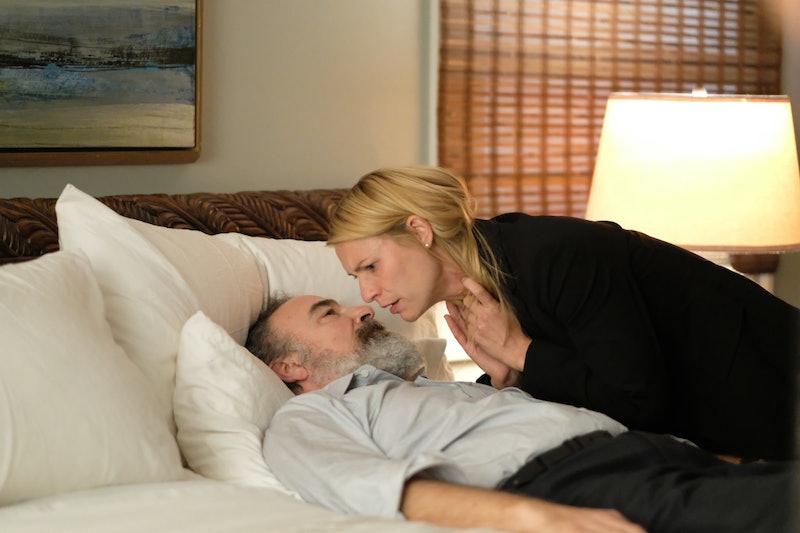 Warning: spoilers ahead for the series finale of Homeland. The eighth and final season of Showtime's Homeland ended Sunday night in an episode that hewed to what the series always did most thrillingly: put Carrie Mathison in impossible situations almost entirely of her own making and leave viewers to genuinely panic over whether or not she could contort her way out. Unlike other shows, in which the good guy always gets the bad, Homeland made even those simple boundaries hard to draw. Carrie was the protagonist, yet she could also be very bad. In it's globe-hopping, hour-long finale, the series was bold enough to show her at her most detestable and shrewd enough to reel her back in.

Former CIA agent Carrie, played with pathos and, yes, a quivering lower lip by Claire Danes, has been one of television's most single-minded characters, devoted to America's best interests with the zeal of a patriot but the skepticism of a spy. Constitutionally incapable of following orders, she defined those interests for herself and pursued them regardless of consequence. Last night, she betrayed her boss and mentor Saul and effectively caused the suicide of Ana, the most significant Russian asset the CIA had ever developed. In Carrie's mind, she became a traitor to prevent a potential nuclear conflict. The show doesn't strive to convince us she's "right," just that she was motivated to do what she believed to be the right thing. This is the same character that had an affair with Sergeant Nicholas Brody, a U.S. soldier turned terrorist, and who deserted her own daughter. Homeland has always been more focused on how effective Carrie is than how virtuous.

The show's moral barometer, of course, is Mandy Patinkin's Saul: strategic and calculated, if also curiously avuncular. If Carrie's role was to spotlight what's best for America, Saul could tell us what was justified in pursuing it. A nuclear attack might lose tens of thousands of lives, but there's no telling what a Russian intelligence blackout would cost. He warned Ana that she'd been compromised and gave the anguished command that led her to die by suicide. Saul’s final words to Carrie are "go f*ck yourself." His protege didn't have limits; Saul had finally reached his.

But the reliable dynamic between him and Carrie is what makes the finale work. Carrie double-crosses her mentor and her country. She moves to Russia and is living with the GRU agent who worked her all season. She's written a CIA tell-all, The Tyranny of Lies, which is best understood as the price tag for her new Russian life. Given that Brody died for his betrayal, a penthouse view of the Moskva River feels like a kinder ending than Carrie deserves.

Until she sends a copy of her book to Saul, under a pseudonym that signals there's spy-craft to the delivery. She offers up a piece of unsolicited Russian intelligence and the promise of more to come. She cost Saul his last asset; now she'll give her life to make it up. It's hard to imagine she'll escape suspicion for long, but in another scene we see that Carrie's already developing a network bigger than herself. Saul smiles when he reads the note. That he was able to climb the CIA ladder and survive in Washington, where Carrie never could, has always been attributable to his pragmatism. Betrayal doesn't necessarily demand death, and Carrie’s would be pointless now. Her penance, on the other hand, he can use.