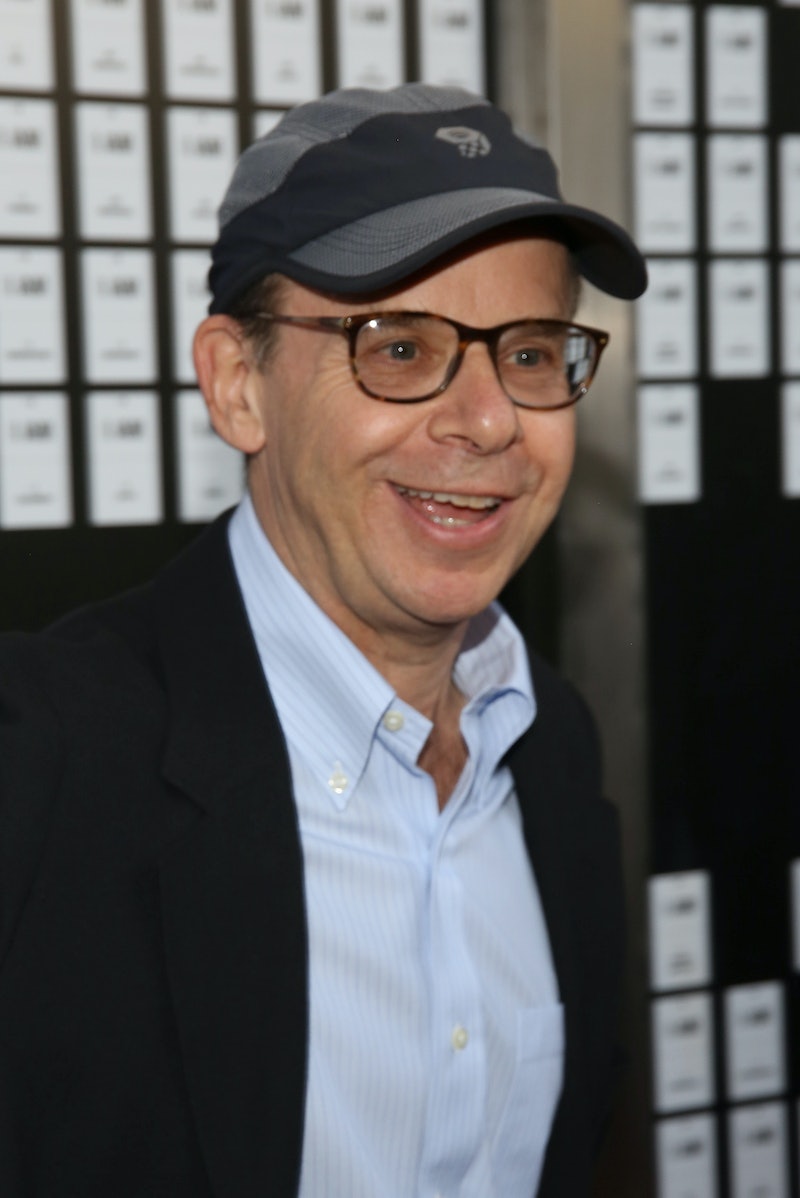 More than three decades after he first hit the big screen as bungling scientist Wayne Szalinski, Rick Moranis is returning for Shrunk, Disney's upcoming Honey, I Shrunk the Kids reboot, multiple outlets have revealed. Deadline first reported on Wednesday, Feb. 12 that Moranis had closed his deal to appear in the theatrical release (not for Disney+, as had been rumored), with other trade publications, such as Variety and The Hollywood Reporter, later confirming the same details. Moranis first played the role in the 1989 original, and again in its two sequels, 1992's Honey, I Blew Up the Kid, and 1997's direct-to-video Honey, We Shrunk Ourselves.

For the actor, reprising the role is more than returning to a character: Shrunk will be Moranis' first time acting on camera since the sequel's third installment. At the time, the actor, who'd also appeared in Ghostbusters, Spaceballs, and Parenthood, stepped away from spotlight to raise his two children following his wife Ann's death from breast cancer, per Rolling Stone. He continued to perform voiceovers in such animated films as Disney’s Brother Bear movies and The Animated Adventures of Bob & Doug McKenzie, however.

As previously reported, the original Honey, I Shrunk the Kids director, Joe Johnston, is also returning to helm Disney's reboot. This iteration will center on Josh Gad's Nick Szalinski, whom actor Robert Oliveri played in the earlier films. Nick is Moranis' character's son, who's "aspiring to be a great scientist like his father, but accidentally shrinks the kids," per Deadline's description.

As far back as Feb. 2018, The Hollywood Reporter had written that Disney was eyeing potential reboots of '80s and '90s classics, such as Honey, I Shrunk the Kids, along with Parent Trap and Father of the Bride, for its then-upcoming streaming service. Then, rumors of Gad's involvement began when Slash Film revealed via three sources in May 2019 that Disney had signed a deal for the Frozen actor to star in the new Honey, I Shrunk the Kids movie.

Of course, Gad has a history with Disney, voicing Olaf in both Frozen movies, as well as playing Gaston's sidekick LeFou in 2017's live-action Beauty and the Beast movie. According to a Dec. 2019 Variety report, Gad is even the one who originally pitched the Shrunk story idea to Disney.

Despite the reboot shifting focus to Gad's character, the onscreen family habit of shrinking loved ones is apparently alive and well — and the story just wouldn't have been the same without Moranis being involved.

More like this
12 Years Ago, Austin Butler Manifested His Oscar Nom In This Disney Movie Scene
By Jake Viswanath
'Friends' Star Maggie Wheeler Offers Support To Matthew Perry After Reading His Memoir
By Alyssa Lapid
Mel B Thinks These Celebs Should Play Them In A Spice Girls Movie
By Alyssa Lapid
Man Meets Politics: ‘Boy Meets World’ Star Ben Savage Is Running For Congress
By Jake Viswanath
Get Even More From Bustle — Sign Up For The Newsletter
From hair trends to relationship advice, our daily newsletter has everything you need to sound like a person who’s on TikTok, even if you aren’t.