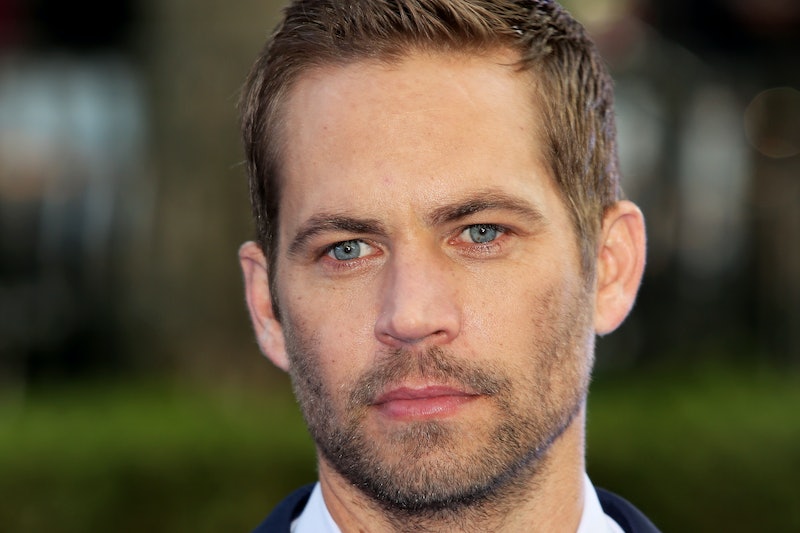 It seems impossible to be true, but November 2018 will mark five years since the world lost actor Paul Walker. Now that the trailer for the Paul Walker documentary I Am Paul Walker has finally arrived, trust that it will make fans feel everything they ever felt for the Fast & Furious actor at once. Moving between home footage of a young Walker, clips of his film roles, and interviews with those who knew and loved him the most, this first look requires a whole lot of tissues to get through.

The documentary was made for the Paramount Network — formerly known as Spike TV — and it looks seriously emotional. Fortunately, they're not trying to market it any other way. For example, here's how the network describes I Am Paul Walker in the description box on YouTube:

Father. Humanitarian. Friend. Paul Walker's was a life fully lived, and his legacy of kindness and compassion continues to inspire others.

At this point, fans should know that this won't be a breezy, lighthearted look at the actor and humanitarian's life. It promises the depth and nuance of any large-screen documentary, even if a newly rebranded channel like Paramount seems like a surprising home for it.

In addition to footage of the actor, the documentary will include interviews with Walker's brother and sister; costars from The Fast & The Furious franchise, and more. It's a must-watch for any fan of his — even a casual one.

"He lived five lifetimes," director Wayne Kramer comments early on in the trailer, with childhood pal and professional stuntman Oakley Lehman adding that Walker was a "Gun-toting hippie; [a] balance of opposites, and a lover and a fighter." Interspersed with these anecdotes are clips of Walker in his youth, or behind the wheel, and generally adoring life — all the things his friends and family clearly want fans to remember about him.

Among the discussions of his work and life, a consistent thread appears: Paul Walker absolutely loved his life, and he was determined to live it to the fullest at every opportunity. He was close to his siblings and his daughter, Meadow, and made such an impact on his Fast & Furious family that star Vin Diesel named his daughter Pauline after Walker's passing. As a result, the trailer for the documentary feels like a celebration of his life, and that's exactly what his fans want. It's not grim, or gritty, or meant to sensationalize his passing; it's an account of Walker's thoroughly enjoyed life by the people who knew him best.

The documentary has a release date, so fans who have loved him since his first big breakout roles in Pleasantville, Varsity Blues, and She's All That, can officially mark their calendars. I Am Paul Walker will premiere on August 11 at 9 PM E.T., and will air exclusively on the Paramount Network. So, anyone planning on watching has a few weeks to emotionally prepare to the best of their ability. Tissues are recommended. And a Paul Walker movie marathon to get really in your feelings ahead of time isn't a bad idea, either.