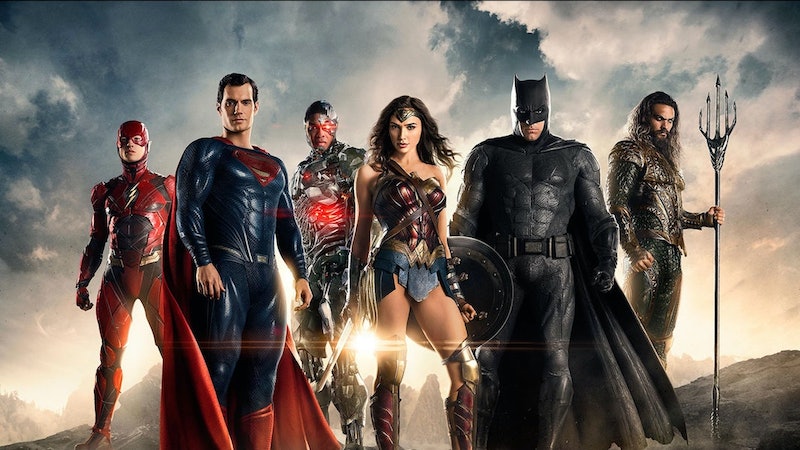 HBO Max has heard the rallying cries of DC Comics fans: Zack Snyder’s Justice League cut will arrive to the streamer service in 2021. HBO Max and Warner Bros. Pictures announced on May 20 that Snyder’s director’s cut of the 2017 superhero film that follows Superman (Henry Cavill) as he enlists the help of Wonder Woman (Gal Gadot), Aquaman (Jason Momoa), Batman (Ben Affleck), and more to defeat Steppenwolf will see the light of day, four years after Justice League's original release. More so, Snyder said his cut will be an “entirely new” thing — either a four-hour director’s cut or split into six chapters — than what fans watched in the theatrical version directed in part by Joss Whedon.

"It will be an entirely new thing, and especially talking to those who have seen the released movie, a new experience apart from that movie," Snyder told The Hollywood Reporter on May 20. Noting that he has not watched Whedon’s theatrical version, he added, “You probably saw one-fourth of what I did.” Snyder and HBO Max’s news comes in response to the social media campaign #ReleaseTheSnyderCut which has continued on and off for the past three years, in which fans lobbied for the Justice League cut helmed by Snyder prior to him stepping away from the gig due to family matters.

Now, Snyder is in the midst of reassembling his original post-production crew to complete the process of scoring, cutting, adding and finishing visual effects, and, most notably, reaching out to the actors to potentially record additional dialogue. Per THR, Snyder reached out to the sizable Justice League cast — also composed of Ray Fisher, Amber Heard, Ezra Miller, Amy Adams, and more — in the last few months to give them a heads up about the new version. As Snyder recalled, Fisher, who played Cyborg, reacted with a simple, “You’re kidding me, right?”

While one would presume that the pandemic would halt such a feat, Snyder’s wife and producing partner, Deborah, told THR, "People thought, 'It won’t be possible to ramp up, and that maybe this should go on the back burner,' but we said, 'No, this is the right time,' because our visual effects houses that rely on so much are running out of work, so now is the time to be doing this."

The news has since gained traction online among fans and the film’s actors, alike. Both Momoa and Cavill took to Instagram to celebrate the news. “WE WANT finally it’s happening," Momoa captioned an image of the film art. "justice served. all my aloha to everyone who made this happen. all the fans. we love you.”

Cavill tried to calm down any potential backlash, writing in part, "Now, I know there have been two camps over the whole Snyder Cut thing and whether it will ever happen for a while. Just remember, we all get to have more Justice League now, it's a win win. So, be nice to each other."

Given the uncertainty surrounding many movie releases right now, Snyder's much sought-after Justice League cut is certainly a win.

More like this
Anne Hathaway Shared A "Thrilling" 'Princess Diaries 3' Update
By Darshita Goyal
Kukulkan From 'Wakanda Forever' Has A Surprising Connection To Marvel History
By Grace Wehniainen
Netflix Shut Down 'Bridgerton' S3 Rumours About A “Very Dark” Storyline
By Bustle
'The Queen’s Gambit' Season 2 Tweet Wasn’t From Anya Taylor-Joy
By Mary Kate McGrath, Jack Irvin and Grace Wehniainen
Get Even More From Bustle — Sign Up For The Newsletter
From hair trends to relationship advice, our daily newsletter has everything you need to sound like a person who’s on TikTok, even if you aren’t.