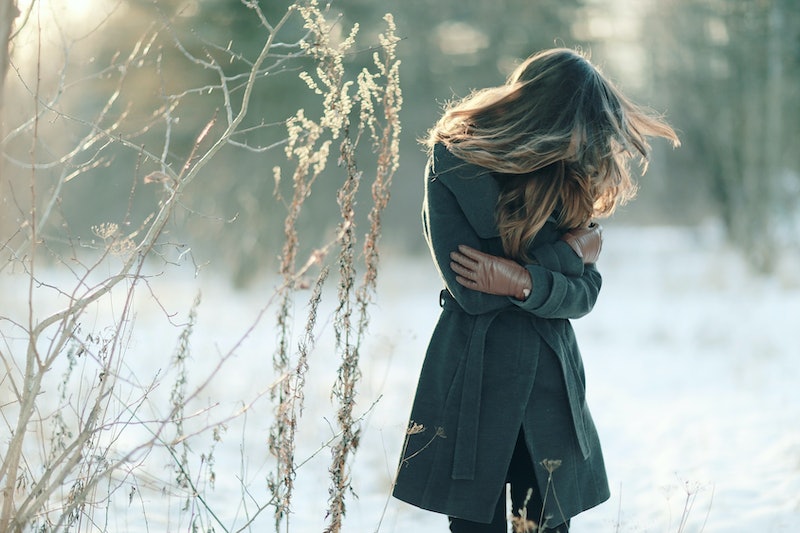 Between battling cranky crowds at the mall to find the perfect gift, making small talk with family members you don't get along with, and traveling home despite traffic and costly tickets, it doesn't seem like the holidays could get much more stressful than they already are. Unfortunately, the universe has its own plans. This year, Mercury will be going into retrograde during the holidays, which is not exactly ideal. But don't freak out! Although the last 2017 Mercury retrograde is happening during the holidays in December 2017 — it might not be as bad as you think.

The astrological phenomenon that causes all sorts of mishaps and confusion happens quite often, and occurs whenever Mercury rotates faster than the Earth. It moves so fast that it makes it seem like Mercury is going backwards — hence the name. So, it makes sense that other things might seem to go backwards as well. Mercury retrograde is known for being responsible for miscommunication, relationship troubles, and travel disasters — all things you definitely don't want to deal with during the holiday season. So, do you need to start stressing out about one more thing this December?

As it turns out, maybe not. Mercury retrograde might be happening during the holiday season, but this year, it may not be as bad as one would think — not as bad as last year, that's for sure! Mercury retrograde is supposed to have the worst side effects during the beginning of the month. Since it starts Dec. 3 and ends Dec. 22, the worst of it should happen before the holidays officially begin. Another thing saving us? The December supermoon.

The timing of this particular Mercury retrograde might actually be kind of... a good thing? This December, Mercury retrograde starts the same day as the Gemini-centric December Full Moon (which is a supermoon this year) and ends around the same time as the Winter Solstice. According to Intuitive Astrology, the supermoon and the Solstice will help us wrap up loose ends, and Mercury retrograde could actually help with that. Intuitive Astrology reported: "During this time, the cosmos is really going to be asking us to bring closure to the year gone by and to clear through any mental chatter that we have been walking around with. Under this energy, any nagging thoughts from the past or unresolved issues will be given the opportunity to be rehashed and released."

Basically, any time between Dec. 3 and Dec. 22 is a great time to reflect on the past year, learn from mistakes, and resolve any issues you've been dealing with. This opportunity for a fresh outlook on life coincides pretty perfectly with the start of a new year, when we all have resolutions to live up to.

Of course, it's not all good news. Mercury retrograde happens during Sagittarius, and December's supermoon occurs in Gemini, which is one of the signs Mercury rules. Full moons, especially supermoons, come with highly charged emotional energy, and Gemini, Sagittarius, and Mercury all rule communication. This leads to an increased chance of poor decision-making and bad planning, which isn't what you want during the holiday season, when there's so much to be done.

The silver lining? We've already been through this. Mercury retrograde happened during the holiday season in 2016 as well, and if you prepared for that, then you can prepare for this even better. If you didn't prepare last year, then think about this: you got through the holidays, right? That means you can get through them again, even if the planets are trying to make it a little more difficult. Oh, and don't forget: once you get through all of this, you'll have plenty of holiday cookies and desserts to make just about anything feel better.