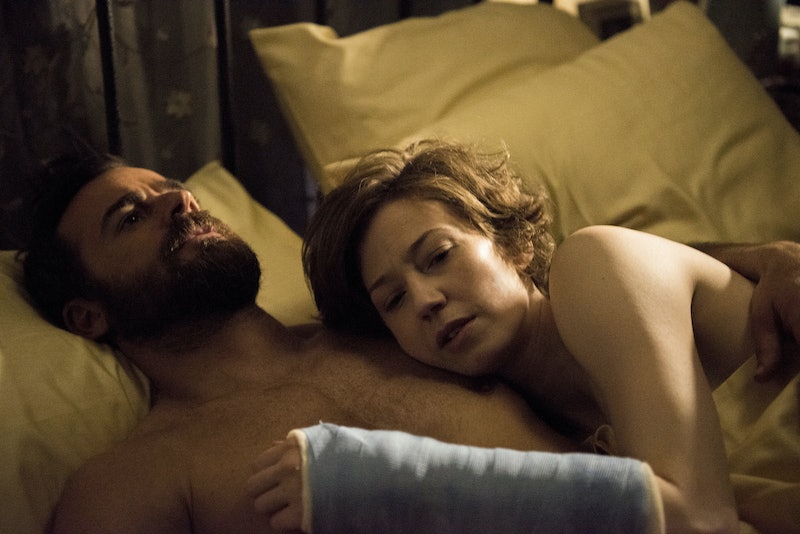 All good things must come to an end… but at least this time we already know the end is coming, so we can adequately prepare ourselves for it. Thankfully, we're getting our first details about The Leftovers Season 3 courtesy of Entertainment Weekly… and if they're any indication, Lindelof and Perrotta have another mind-blowing season of television in store for us.

Yes, HBO's The Leftovers — the existential rapture-themed drama that transformed overnight from the most divisive show of the year in its first season to the most universally acclaimed show of the year in its second — will be airing its third and final season in April of 2017. But surely too few episodes that are expertly crafted are better than too few that deliver diminishing returns; and it's encouraging that HBO let creators Damon Lindelof and Tom Perrotta know their show would be ending in time for them to craft a satisfying conclusion.

Between Seasons 1 and 2, the show relocated its characters from suburban New York to rural Texas; we learned earlier this year that we would once again face a change in the scenery for Season 3, when The Leftovers moves to Australia for the bulk of the season. "Australia is the end of the world geographically and our show is about the end-of-the-world emotionally," Lindelof told EW about the decision to uproot the action a second time. "And there’s also something about Australian cinema — it’s primal, ancient, and spiritual — that felt like it fit The Leftovers," he continued, citing another post-apocalyptic series in particular: the Mad Max franchise.

But the move to Australia won't be the only big change ahead for Leftovers fans when Season 3 premieres. They'll also be treated to an increased focus on one of the show's peripheral characters, protagonist Kevin's mentally ill former police chief father Kevin Garvey, Sr. (Scott Glenn). Glenn was a recurring presence throughout the show's first two seasons, although the actor has been promoted to a series regular for Season 3 — and his character is the driving force behind the show's relocation, since Kevin Sr. was last seen in a vision while camping out in an Australian cave.

Lindelof is most widely known for his work on ABC's Lost, so the series finale that The Leftovers will undoubtedly be most heavily compared to is the controversial final episode of that sci-fi castaway drama; but Lindelof insists that the father/son story between the two Kevin Garveys actually makes The Leftovers more like one of cinema's most famous films than his own previous television work. "It's like The Godfather," the showrunner told EW. "Marlon Brando keeps telling his son Michael, 'I don't want this business for you,' but every time the sh*t hits the fan, Michael is in the room. So Senior is mixed up in something and pulls Kevin into it."

Leftovers fans have long known that the HBO show isn't about answering the mystery of why 2 percent of the world's population vanished into thin air, but rather examining the various reactions of those left behind — yet another way Lindelof's current show separates itself from Lost, which was always driven by the quest for answers to its central mysteries about the island. "It's a very careful storytelling process because you don't want to frustrate the audience," Lindelof admitted to EW about what he learned from his former show. "It's not enough to say that all we care about is the characters and not the mythology. But I do think with The Leftovers the word 'mythology' doesn't necessarily apply the way it does to Lost or Westworld or Stranger Things or True Detective. Those shows have clearly defined mythologies. We don't want to frustrate the audience, but The Leftovers plays by its own set of rules and will continue to do so."

The Leftovers will continue to play by its own rules when it returns for Season 3 in the spring of the New Year… and Lindelof isn't shy about pumping up expectations for the finale he's crafted. "There are some big crazy ideas in the third-and-final season," he said. "I wanted to take full advantage of the fact that when the audience watches the first episode of Season 3 that they know it's the beginning of the end. You don't want to feel like an epilogue, but a climax." It seems impossible that Lindelof could have topped the near-perfection of Season 2 — but it certainly sounds like he's pulled out all the stops.