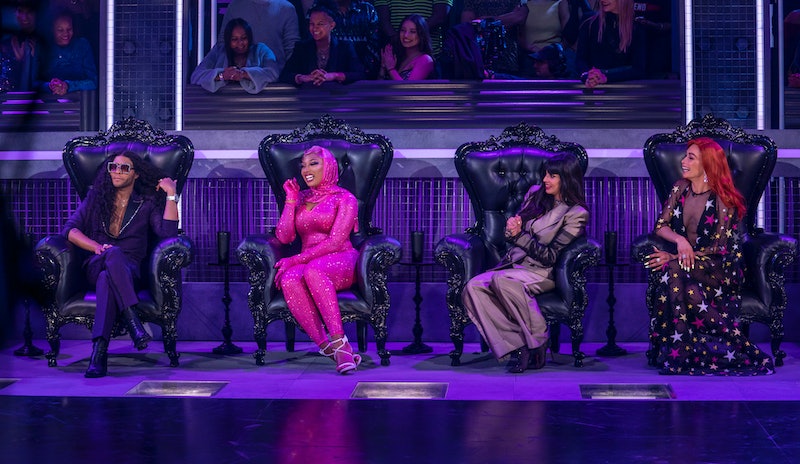 Of the four judges, Jamil has garnered the most attention. She was widely criticized when HBO announced in February that she would MC the series, as some people felt she had no connection to the LGBTQ+ or ballroom communities, and the job should have gone to someone who did. "As the mother of a house for nearly a decade it's kind of kind [sic] blowing when ppl with no connection to our culture gets the gig," Trace Lysette (Hustlers, Transparent), an actor who is transgender, tweeted in part, saying she'd interviewed for Jamil's job. "This is not shade towards Jameela, I love all that she stands for. If anything I question the decision makers."

The incident prompted Jamil to come out as queer on Twitter, and both she and HBO Max later clarified that her involvement was as a judge, not the MC. Her fellow judges have been supportive. "I had to let her know, like, girl, I got her back," Maldonado told Vanity Fair. "She's so amazing. She brings such a great energy to the show."

It remains to be seen how audiences will respond to Jamil's role as judge, but here are the three other people you need to know about before watching Legendary.

As a celebrity stylist, the main thing Roach is looking for at the balls is the fashion, as he explained in Legendary Episode 1. ET Online called Roach the "Simon Cowell of the group," but the celebrity stylist is OK with being harsh. "I would be doing myself and the contestants a disservice if I wasn't honest," he told the outlet. "But it is all out of love. It's tough love. I am a tough mommy, and that's the way I show my love."

The "Savage" singer told ET Online that she was "crying half the time" as she watched the contestants. "I'm just so happy that people are gonna be able to see the lives of everybody on the show and how hard they went and how hard they worked to meet the goals, beat the next team," Megan said. "They really went hard and I just feel like it's gonna inspire other people."

Not only is Maldonado considered the "Wonder Woman of Vogue" (you'll see why when she makes her grand entrance in Legendary), but she's also a House of Amazon mother, an America's Best Dance Crew alum (she competed with her group Vogue Evolution in Season 4), and served as a choreographer on Pose. In other words, she knows what she's talking about. And while Maldonado is excited for ballroom to get mainstream attention, she wants to remind audiences that the show is about more than exciting television.

"Yes, [Legendary is] a competition and people are going to be attracted to it because it's entertainment, but there's more to it," Maldonado told Vanity Fair. "The authenticity of the stories, the authenticity of the passion, to see how these people really want this — it's not a game. It's something that we live every day. It's a lifestyle."

Best known for playing Tahani Al-Jamil on The Good Place, Jamil told ET Online that she found her role as judge unexpectedly difficult. "I don't know if I have the stomach for [being a judge] because sending someone home, especially week after week after week, you start to really love and care about the contestants," she told the outlet. "And I didn't know how I was going to feel. I never thought about that."

Nevertheless, the judges are excited for audiences to see the exciting competition that lies ahead. "Having a show like Legendary is important," Maldonado told VF in the same interview. "It shows why [voguing] is so important to us."