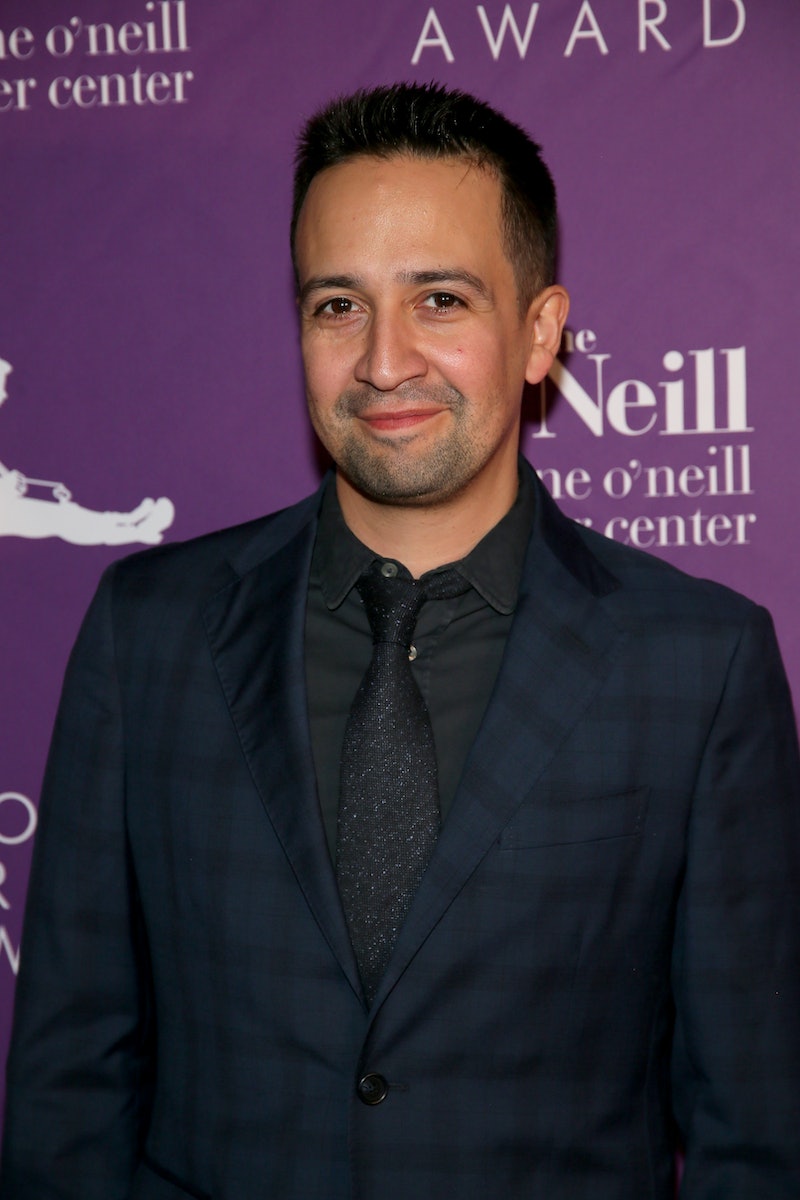 Alan Menken is making Twitter a part of his creative world. On Tuesday, July 9, the original The Little Mermaid composer not-so-subtly hinted at an upcoming project he's collaborating on. Menken teased new Little Mermaid music with Lin-Manuel Miranda by posting a picture of the pair posing in front of the animated movie poster. Plus, you can spot an international version of the poster in the background, along with an all-too-sassy stuffed Sebastian in the center of the frame. (Way to play it cool, guys.)

Menken tweeted, "Spent some productive time today with Broadway juggernaut @Lin_Manuel, working on a new song for an upcoming film. Bet you can't guess which one!" For his part, the Hamilton mastermind retweeted Menken's comments and added simply, "#BitOfADay." Fans promptly began hyping themselves up for the new songs, although the live-action Little Mermaid has no release date yet.

Still, you can't blame the people for flipping their fins in anticipation. Director Rob Marshall assembled quite the team-up for the songs. Miranda is the genius behind musicals Hamilton, In the Heights, and even collaborated on Moana. While Menken is total Disney royalty. In addition to composing the 1989 animated The Little Mermaid, he had his hand in all of your fave classics from Aladdin to Beauty and the Beast to Pocahontas.

But the world shouldn't be too surprised that Menken and Miranda are re-vamping this Disney classic for its live-action debut. News of the Menken-Miranda partnership was announced back in 2016. So, if you think you'll still have to wait forever for the new movie, consider how much progress has already been made.

But, to be fair, a lot in the landscape has changed since Miranda initially signed onto the project. At the time, only the live-action Cinderella and Jungle Book movies had been released, luckily to critical and audience approval. But now nearly every beloved animated Disney movie is being granted an update. So, Menken and Miranda have had the chance to, work on in the former's case and observe in the latter's case, a ton of the latest re-imaginings. We're talking Mulan, Beauty and the Beast, Aladdin, and Dumbo.

Plus, the movie has found its Ariel in Halle Bailey, so the composers can write songs that will better fit her musical sensibilities. And if you were nervous that Menken and Miranda wouldn't preserve the original movie's brilliant music (as if!), look no further than Miranda's November 2018 comments. In an interview with The New York Times, Miranda confessed that it was one of his favorite musicals growing up precisely *because of* the iconic songs. He revealed:

"The moment 'Under the Sea' began, I was transported. I remember feeling weightless. I remember thinking, 'You can do a musical number under the freaking ocean'. . . 'Kiss the Girl' when you're 9 is the most romantic thing in your life. I was kind of the perfect age for that Disney golden-era renaissance of the animated movie musical in the '80s and '90s."

So....when can this soundtrack be in our lives?