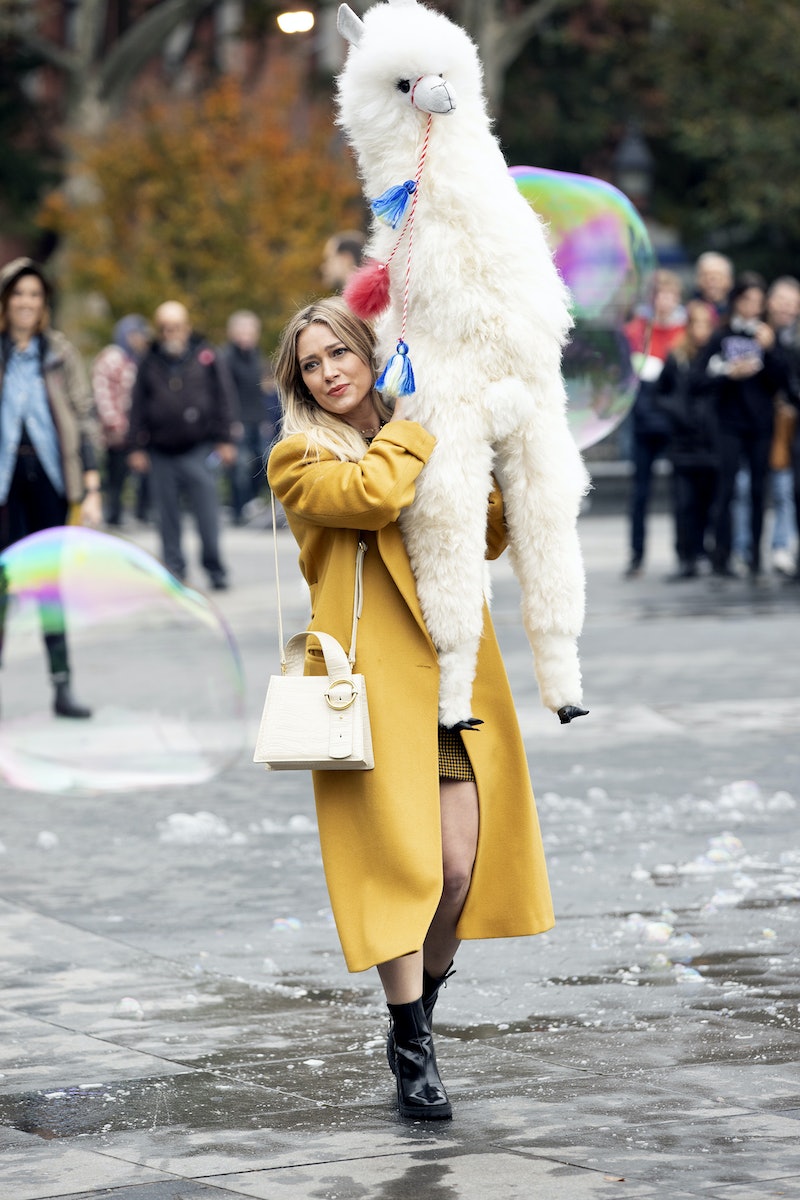 Classic Disney fans may be waiting longer than expected to see 30-year-old Lizzie McGuire in action. On Thursday, Variety broke the news that the Lizzie McGuire revival is on hold as Disney+ seeks a new showrunner for the series. Original series creator Terri Minsky has departed the project, and per Variety's report, the streamer is looking to take the show in a new creative direction. In the meantime, production on the reboot has been halted.

"Fans have a sentimental attachment to 'Lizzie McGuire' and high expectations for a new series," a spokesperson for Disney said in a statement to Bustle. "After filming two episodes, we concluded that we need to move in a different creative direction and are putting a new lens on the series." Bustle has reached out to Minsky's and Hilary Duff's reps for comment.

The news that production has been halted comes less than a week after Disney+ debuted the first footage from the upcoming series in the streamer's 2020 sizzle reel. In a short scene, Lizzie leans into a car window and says, "Hi, it's me," to an unseen individual. Even though the clip didn't reveal any plot points, fans on social media were excited to see the character return, and to know that they would be seeing more of Lizzie and her pals later this year. Now, it's unclear if the show will stay on track for a 2020 premiere, or if it will have to undergo significant retooling before moving forward.

Part of the excitement surrounding the reboot is due to Disney+ reuniting the original cast. In addition to Duff reprising her role as Lizzie, returning cast members also include Adam Lamberg, Hallie Todd, Robert Carradine, and Jake Thomas. The show is set to find Lizzie at a crossroads in her life on the eve of turning 30. Despite having a dream job and chef boyfriend, a surprise on her 30th birthday will lead to her returning home for some soul-searching.

In an August interview with People, Duff shared why she believed now was the perfect time for Lizzie to return. "I think it's the right time to set back in and have her go along with you in your 30s and all the fun times, and all of the big monumental moments, and all of the challenges that you're faced with," she told the outlet. "I just thought that there was an opportunity there for her to be grown-up and for her to be there for women again."

Even though Minsky is no longer guiding the reboot, here's hoping Duff will make sure Lizzie stays true to herself as the show moves forward in its new creative direction.