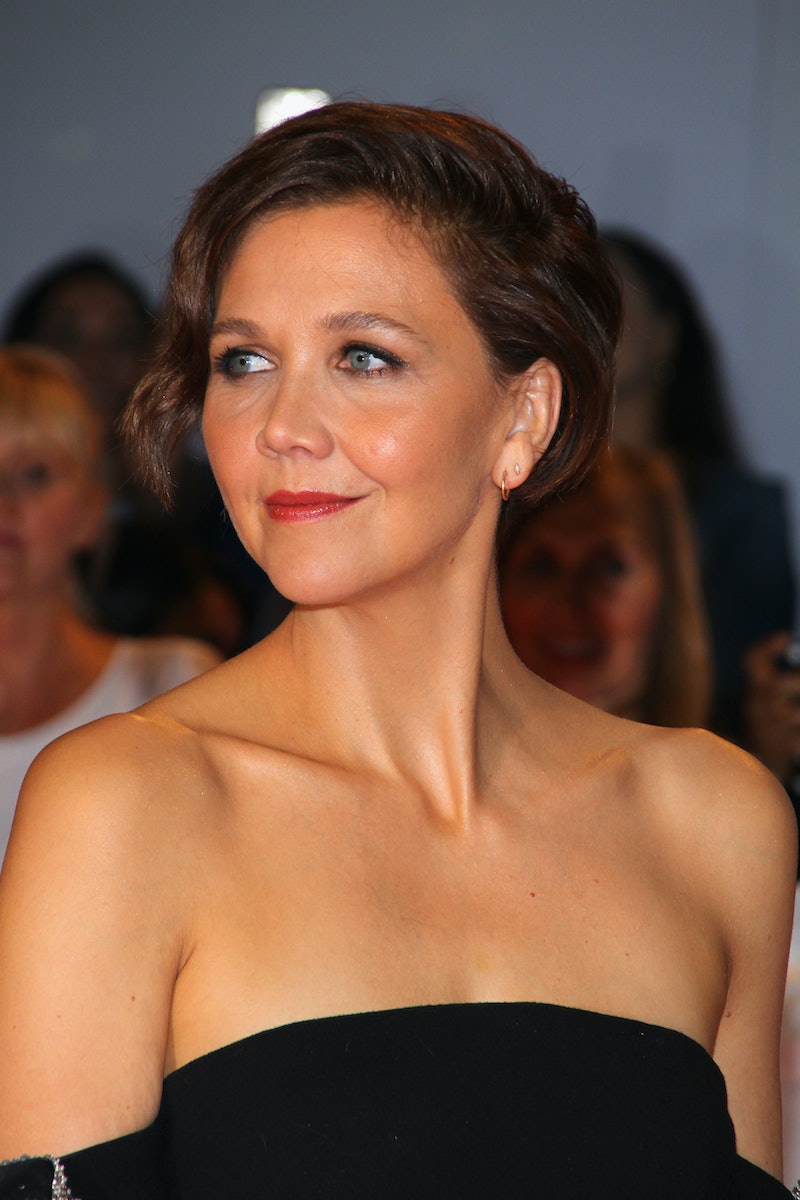 The list of actors-turned directors is long, but it's about to get one more name added to it: Maggie Gyllenhaal. According to a report from Deadline, The Deuce star is slated to make her directorial debut with an adaptation of Italian novelist Elena Ferrante's The Lost Daughter. This standalone story is not part of the famous author's Neapolitan Quartet, but it is a highly acclaimed novel about regret and redemption that fans of Ferrante's other work will love.

On Friday, Deadline revealed that Gyllenhaal teamed up with Pie Films to secure the film rights to The Lost Daughter, a standalone novel by the acclaimed (and mysterious) author of the Neapolitan novels. Gyllenhaal will write and produce alongside Talia Kleinhendler and Osnat Handelsman-Keren, who she previously partnered with on the highly anticipated Netflix thriller The Kindergarten Teacher.

The Lost Daughter follows Leda, a middle-aged divorcee who takes a break from her busy life as an English teacher and a mother with a holiday by the sea. While her children are with their father in Canada, Leda settles into a surprisingly liberated life in a small coastal town in southern Italy. But her tranquil getaway is interrupted when she encounters a family whose presence isn't just unsettling, but possibly threatening. Then, a small, seemingly meaningless event forces Leda to confront the unconventional choices she has made as a mother, and the consequences of those choices on her entire family. What starts as a tranquil quest for a fresh start and self-discovery quickly becomes a searing story about facing old secrets and an unsettled past.

The Lost Daughter by Elena Ferrante, translated by Ann Goldstein, $16, Amazon or Indiebound

The Lost Daughter is a standalone novel from Ferrante, a pseudonymous Italian writer and the author of seven novels including the Neapolitan Quartet. A beautiful and moving series about women, friendship, and growing up, the quartet has been translated into over 40 languages. It is also what shot Ferrante into international acclaim and earned her several awards and nominations, including the 2016 Man Booker International Prize shortlist which included The Story of the Lost Child. In 2016, Ferrante's name was even featured on the 2016 TIME 100 Most Influential People list, and the Naples-born author is considered one Italy's best novelists today.

The Lost Daughter will be the directorial debut for Gyllenhaal, who won a Golden Globe in 2015 for her performance in The Honorable Woman. It also marks the first time this standalone novel will be adapted for the screen, but it isn't the only Ferrante work that's gotten the Hollywood treatment. Two of Ferrante's novels, Troubling Love and The Days of Abandonment, have previously been turned into films. Currently, the Neapolitan novels are getting the TV treatment from HBO. The network plans to adapt all four novels —My Brilliant Friend, The Story of a New Name, Those Who Leave and Those Who Stay, and The Story of the Lost Child — into a 32-part series which, like the books, will follow the friendship of Elena and Lila, two women living in post-World War II Naples.

Although there is currently no release date for The Lost Daughter, fans of Ferrante will have plenty to occupy their time until the adaptation comes out. In addition to the HBO series, which premieres in November, Ferrante has written seven books, including My Brilliant Friend and the three other Neapolitan novels, and pens a weekly column for The Guardian about "life, love, the female experience and everything in between." In other words, there is plenty to marathon — watch or read — while you wait.