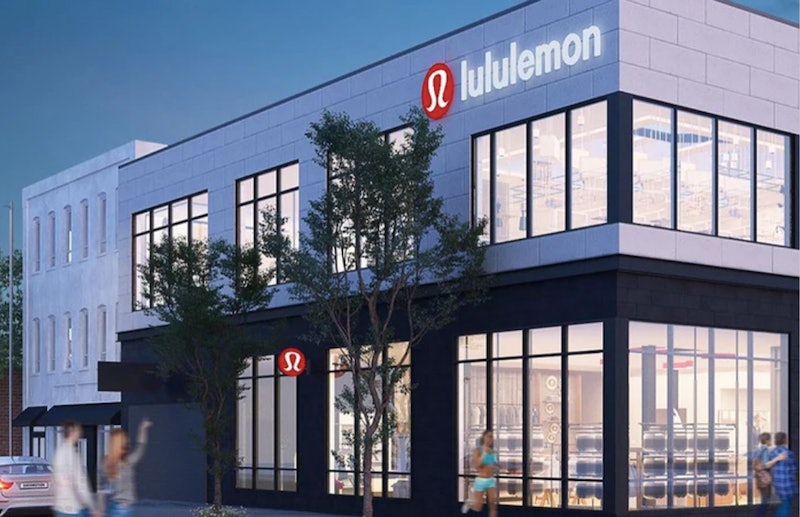 As you may have heard, Lululemon has opened a new “experiential store” in Chicago’s Lincoln Park neighborhood — a store that has not only traditional retail space, but also tons of bells and whistles, including workout studios, fitness classes, and a restaurant. Which, of course, prompts the very important question: What’s on the Lululemon restaurant’s menu? Fuel Space, as it’s called, covers breakfast, lunch, dinner, snacks, and even drinks — and, as Delish notes, exactly what the “restaurant-meets-coffee-shop” serves might surprise you.

Located at 944 W. North Avenue in Chicago, the new Lululemon experiential store opened its doors for the first time on July 11. With a real estate footprint measuring more than 20,000 square feet, it is, as CNBC observes, about the size of “four NBA basketball courts put together.” The first floor is devoted entirely to retail, but the second floor features not just retail space, but also three workout studios, locker rooms and showers, and — of course — Fuel Space. As Lululemon’s executive VP of global guest innovation in the Americas, Celeste Burgoyne, told CNBC, shoppers today are often “looking for more than a transaction” — and the new Lululemon store plans to fill that niche.

Fuel Space features both to-go and dine-in options (and there’s Wi-Fi on the premises if you’re dining in), as well as the option to pre-order online. Selections that suit most kinds of dietary needs or preference are available, whether you’re vegan or on the Whole30. The restaurant is open from 6 a.m. to 8 p.m. Monday through Friday and from 8 a.m. to 5 p.m. Saturday and Sunday.

A full menu hasn’t been made public yet (or at least, it hasn’t been posted on the internet as of this writing) — but a number of reports on the restaurant give us a pretty good idea of what we can expect from the eatery, both in terms of broad menu categories and with regards to a few specific items in particular. Here’s a look at what’s currently available:

Naturally, a restaurant located inside a Lululemon store would have smoothies; what fitness-oriented eatery wouldn’t? Eater reports that the smoothies on offer at Fuel Space, which include flavors like “Strawberry Pleased To Meet You” and “You’re Kale’n It,” are sweetened primarily with dates instead of honey to make them doable for vegan or keto diets. Additionally, Delish notes that the smoothies include “of-the-moment ingredients like MCT oil, chia seeds, and marine collagen”; what’s more, they can apparently be ordered in advance of any classes you take at the store’s workout space so they’re ready for you to pick up when you’re finished sweating it out.

And not just any burgers — burgers of all varieties, including options for both the carnivores and the vegans and vegetarians in the crowd. The cheeseburger described by Delish, which comes topped with cheddar, caramelized onions, and applewood smoked bacon, should appeal to many meat-eaters; meanwhile, for those who keep plant-based diets, there’s also a Beyond Meat burger topped with roasted mushrooms, avocado, and sriracha ketchup on the menu, according to CNBC. Black bean burgers are available, too, if neither beef nor things that taste like beef despite being made from plants do it for you.

Lots and lots of bowls. Acai bowls. Power bowls full of kale and roasted sweet potatoes. More power bowls, this time fueled by wheatberries. Protein boxes (although to be fair, those aren’t technically bowls, but… whatever). Bowls on bowls on bowls.

Bone broth has been having something of A Moment for the past few years, so it’s no surprise that cups of the stuff would make it onto the Fuel Space menu. Among the many health benefits extolled by bone broth devotees are its richness in vitamins and minerals, its anti-inflammatory properties, and its joint-strengthening abilities.

Like the smoothies, salads are probably to be expected at a fitness-oriented restaurant or café; these ones, though, sound like they’re more than just a pile of leafy greens. Eater describes a “citrus salad” made with watercress, radicchio, edamame, radish, fennel, citrus fruits, and a few unexpected ingredients like “lemon granola” and edible flowers that sounds delicious; it’s topped off with poppy seed dressing. Other options include a smoked carrot hummus salad (per Eater) and a roasted beet salad (according to Delish).

Everything from nitro cold brew to straight-up espresso is on the coffee menu; what’s more, according to Eater, the espresso machine runs on beans supplied from Chicago mainstay Dark Matter Coffee. Praised as much for the art decorating its bags of beans as for the beans themselves, Dark Matter has been fueling caffeine-loving Chicagoans for around 10 years now. There’s also tea available, per Delish — and kombucha, which is apparently served on tap. Ooooh. Aaaaah.

Specifically, fancy toast. There’s avocado toast, of course — there has to be, right? — but Eater’s also got a picture of a pretty tasty-looking option called the “beets and blossom toast,” which looks like it’s topped with a creamy spread (cream cheese, maybe?), sliced beets, and edible flowers.

Fuel Space has a liquor license, reports CNBC, so wine, beer, and cocktails are all available. There’s no word on whether Lululemon’s Curiosity Lager, which it made in partnership with Vancouver brewery Stanley Park Brewing in 2015, is on the menu — but according to Eater, local Chicago brewery Marz Community Brewing has supplied many of the options on draft. Marz, which has a taproom near McKinley Park, was founded in 201; it moved to its current premises in 2018.

Literally every report on Fuel Space makes a point of the fact that chocolate-covered bacon is on the snack menu. Heck, and yes.

It’s worth noting, by the way, that the Fuel Space menu could always change over time. Not only is it common — and, indeed, recommended — for restaurants and cafés to switch things up from time to time, Fuel Space was designed for versatility. As Eater observes, “fad diets come and go”; as such, the keto or paleo diets that are popular now might not necessarily maintain that popularity as time goes on. Accordingly, executive chef Paul Larson and Lululemon VP of experiential retail Maureen Erickson both pointed out the Fuel Space menu’s flexibility. As Erickson told Eater, “Trends change, and we want to make sure we always stay on trend and we [have] what they need.”

Either way, though, it looks like a few key elements will remain, no matter how much everything else changes: The emphasis is on fresh, nutritious, delicious fare that will suit a variety of dietary needs and preferences — and Instagram accounts. Did I mention that the restaurant is apparently beautifully lit? Because it is. Just, y’know, in case you’re in the habit of shooting a flat lay of your lunch before you eat it.

Find out more about the new Lululemon Chicago store here.