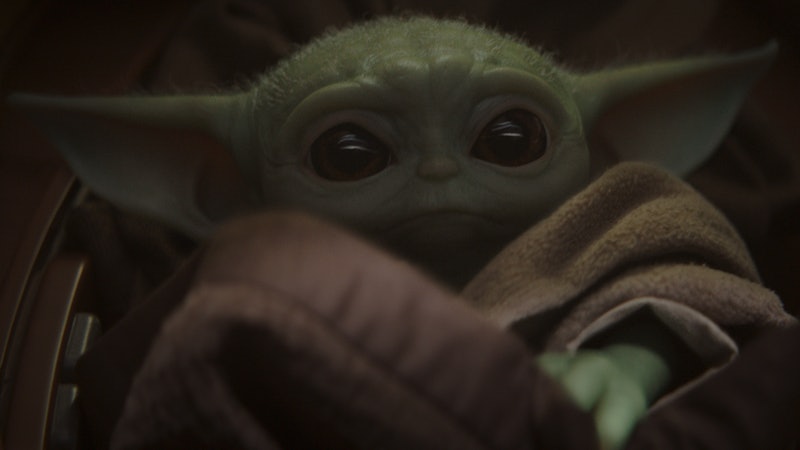 It's impossible not to fall in love with Baby Yoda. No green-skinned puppet has been this beloved since Kermit the Frog, and no offense to Kermit, but he's got nothing on this little critter's adorableness. However, it turns out that Baby Yoda almost looked totally different on The Mandalorian after showrunner Jon Favreau and executive producer Dave Filoni became fearful that a puppet wouldn't be able to get the job done. Little did they know at the time that their worries were for nothing.

It turns out, Favreau and Filoni shot a few of the now-iconic Baby Yoda sequences using a blank slate in place of the puppet, in case they decided during the post-production process to go back and digitalize the character instead. Werner Herzog, who plays the villainous Client looking to own the cute little scene-stealer, was there to witness the process and cringed at the thought of substituting the puppet for some CGI magic. “You are cowards,” he stated at the time, unable to hide his contempt for the possibility, according to Filoni. “Leave it.”

Anyone who has watched Baby Yoda in action on The Mandalorian knows how difficult it is to picture the character looking any other way than how it currently does. And yet, faith in the creature's appeal wasn't a given, hence the consideration of a purely CGI option. Thankfully, though, Favreau opted to take a chance and keep the puppet as is — in all its furry and long-eared glory. He also recently shared the original concept art of Baby Yoda via Twitter on Nov. 19, confirming once and for all the character's utter perfection.

Herzog wasn't the only Mandalorian cast member to fall in love with the little guy. Gina Carano told Vanity Fair that Baby Yoda was "our precious," seemingly comparing the adorable creature to the ring in Lord of the Rings, adding, "Our precious is this being that we all end up taking care of in some way." And Deborah Chow, who directed episode 3, "The Sin," told the magazine of the puppet, "Every time we brought it on set, people would be melting."

Even Daisy Ridley, who plays Rey in the latest Star Wars movies, is Team Baby Yoda all the way — and she worked with the porgs in The Last Jedi. During her recent appearance on The Tonight Show, late night host Jimmy Fallon asked Ridley which Star Wars creature she thought was cuter, Baby Yoda or porgs, and she wasted no time in giving her answer: "Baby Yoda," she exclaimed. (Sorry, porgs, but your reign of adorableness is over.)

It won't be long until Baby Yoda toys and merchandise flood the markets (and drain our bank accounts), adding further fuel to the world's growing obsession with the fictional creature.

Already, theories about Baby Yoda are growing with each passing week, and will undoubtedly continue to do so for the remainder of the season and beyond. It's only a matter of time before the entire world is busy thinking about one thing: Baby Yoda, and Baby Yoda only.

More like this
'Stranger Things' Season 4 Volume 2 Trailer Teases New Episodes Coming July 1
By Grace Wehniainen and Gabrielle Bondi
The 'Ms. Marvel' Review Bombing Controversy, Explained
By Radhika Menon
We Finally Know When 'Grey’s Anatomy' Is Coming Back
By Brad Witter
Everything To Know About Obi-Wan Kenobi Season 2
By Kadin Burnett
Get Even More From Bustle — Sign Up For The Newsletter