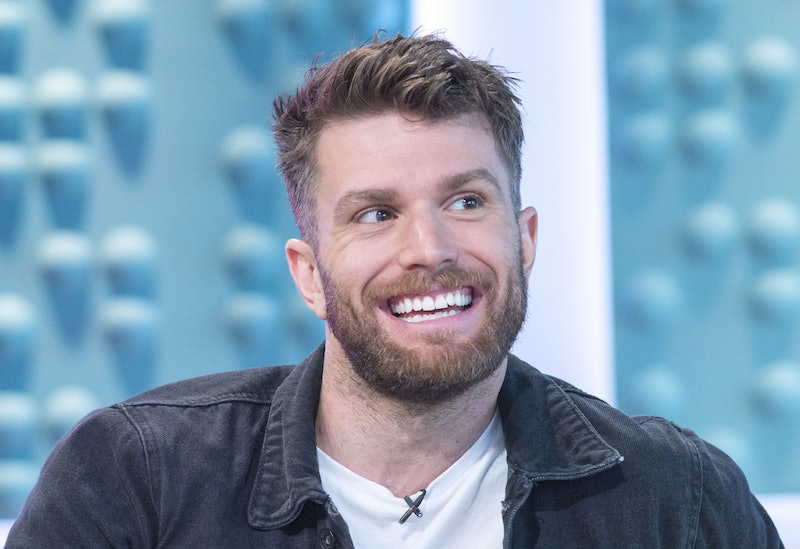 ITV's take on the South Korean singing competition The Masked Singer is set to arrive on UK screens next year, and will welcome a string of famous faces as they compete to pull off a spectacular performance with their identities completely hidden from the onlooking judging panel — and it sounds as if viewers can look forward to an all-star lineup, because ITV have announced the host and panel of The Masked Singer, and its time to get excited about this new addition to the TV talent show family.

In a statement sent to Bustle, ITV confirmed that comedian and presenter Joel Dommett, who is known for his recent appearance on ITV2's Singletown, is set to front the upcoming singing competition, and will be joined by a seriously impressive panel of judges. According to The Sun, the show's panel will include the award-winning broadcaster Jonathan Ross, chart-topper Rita Ora, TV presenter Davina McCall, and Hollywood's own Ken Jeong — who also appears as a judge on the U.S. version of The Masked Singer.

Following ITV's exciting announcement, host Dommett described the all-star judging panel as "brilliant," and judge McCall said, "I love this show! I’m so excited and I can’t wait to join Rita, Jonathan and the inimitable Ken on the panel and see just what amazing costumes and performances our celebrities will be bringing to the show."

As reported by the Metro, the format of the upcoming ITV series is already a global hit, and originally aired in South Korea back in 2015. The Masked Singer is described as a guessing game in which 12 celebrities compete by putting on the performance of their lives, however, each of the famous competitors will have their identity concealed during their time on the show. According to The Sun, the celebs won't be judged on their vocal talents, but must strive to put on the best show possible in order to avoid elimination. Throughout the duration of the series, the Masked Singer judging panel will aim to discover the true identity of each famous contestant, and upon their exit from the ITV series, the eliminated celebs will finally be unmasked.

According to the Radio Times, executive producers Derek McLean and Daniel Nettleton have described the series as being one of the "most exciting TV whodunnits ever," and praised the show's impressive line-up of judges. In a statement, they said, "The Masked Singer is one of the greatest global TV guessing games. We knew we needed to assemble the very best panel of showbiz detectives to lead what will be one of the most exciting TV whodunnits ever. We hope that Jonathan’s lifetime of sofa guests, Davina having her finger firmly on the pulse of Pop Culture, Rita’s stellar performances and A-list address book, and Ken’s left field take on proceedings will help the ITV audience uncover who is behind the mask."

The Masked Singer will arrive on ITV in 2020 and I don't know about you but I can't wait to watch it.