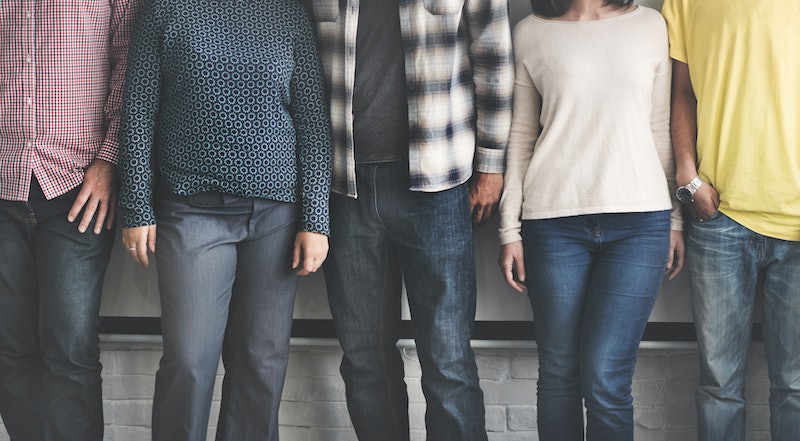 Do you have it in you to resist a violent or oppressive authority? According to a recently published study recreating the Stanley Milgram experiment, one of psychology’s foremost studies on human nature and obedience, most people may have a harder time resisting than they might expect. According to Science Daily, researchers from the SWPS University of Social Sciences and Humanities performed a modern version of Milgram's famous study, and the results show that human nature hasn't changed much since the original experiment was performed.

The Milgram experiment was conducted in the 1960s and challenged subjects to inflict bodily harm — by means of electric shock— to fellow volunteers. Unbeknownst to the shockers, the people on the receiving end of the electric current were actors, and the controls they used to distribute the shocks weren’t actually functional. The participants, fulfilling their designated role of “teachers,” were led to believe the experiment was studying learning, and were instructed by dauntingly official, lab coat-clad scientists to deliver shocks to the actors, or “learners,” each time they incorrectly answered a question. Each time a learner answered incorrectly, the scientist overseeing the experiment instructed the teacher to increase the power of the shock by 15 volts. The teachers were separated from the learners so that they could not see their struggle, but they could still hear their reaction to the shocks.

As often happens to people who are confronted with electrical surges, the actors became more vocal when the teachers delivered steadily-increasing voltage. Some of the participants were even told that the learner had a serious heart condition, and as the actor’s cries of agony increased to banging on walls and begging for respite, the experimenter urged the teacher to continue with the experiment. By the time participants delivered 450 volts, the highest shock, the actor’s screams and banging had stopped, replaced with total silence.

While the experiment itself is unnerving, more unsettling still is what it revealed about the power of authority: An overwhelming majority of participants continued torturing the learners well past when they became personally uncomfortable with the task, solely because they were obeying the scientist’s orders. Over half of the participants saw the experiment through to completion, delivering the final fatal shock, showing that people require little more than a commanding figure in a uniform to coerce them into committing violent murder.

Milgram designed the experiment to try to understand what had motivated the Nazis to commit their countless atrocities during the Holocaust. How well did the excuse of "just following orders” hold up, considering the offenders were all human people with presumably human consciences? And the experiments confirmed that, although there's no acceptable excuse for the senseless violence, dehumanization, degradation and abuse to which the Nazis subjected their victims, people are more vulnerable to authority than they may realize.

Flash forward to modern day, and science is still grappling with human nature and obedience. While we’d like to believe that this sort of thing could never be repeated again and that society has progressed to such a solidly woke state that authoritarianism couldn’t make us cast aside our humanity, SWPS University's recreation shows that little has changed.

The Polish experiment included only 80 test subjects. This time, unlike Milgram’s original experiment, it included women, but the results were overwhelmingly similar to those of its predecessor. In the modern recreation, 90 percent of participants — half of whom were women — continued delivering the shocks through the highest voltage. That being said, including women in the study did reveal something interesting, if horrifying: Test subjects were significantly more likely to refuse to continue delivering shocks when the person to whom they were inflicting harm was a screaming woman.

Of course, the sample size was too small to draw too many conclusions, but suffice it to say that in the face of oppression and violence, it’s better to make yourself heard than not. In our politically volatile environment, wherein human rights are being threatened daily, we must do everything in our power not to become complacent — blind obedience is a dangerous catalyst.

Oh, I’m sorry. Did this article make you uncomfortable? I was only following orders.