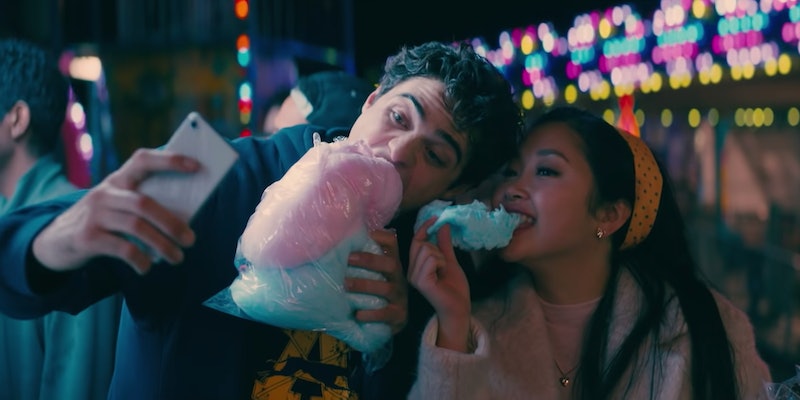 If 2019 was the year that proved that romantic comedies were back, 2020 will show us that they’re officially here to stay. The next twelve months will supply us with a steady slate of films that are bound to make audiences obsess, laugh, and crush, hard. From hotly-anticipated sequels such as To All the Boys: P.S. I Still Love You to beloved reboots like West Side Story and Emma. Come for the sweet storylines and stay for the star-studded lineups — which include appearances from favorites like Issa Rae, LaKeith Stanfield, Kumail Nanjiani, Kristen Wiig, Meryl Streep, Nicole Kidman, Kristen Stewart, Mackenzie Davis, Ansel Elgort — across a variety of these eagerly awaited romances. Not to mention that Jennifer Lopez will also make her official return to the rom-com (post her award-winning turn in Hustlers), by starring in Marry Me, opposite Owen Wilson.

While rom-coms are often known to favor the stories of heterosexual couples, this year we’ll see gains for representation within the genre. Two new films, The Prom and Happiest Season, will feature queer characters as the leading couples. In The Prom, based on the blockbuster Broadway hit and adapted by Ryan Murphy for Netflix, Emma (Jo Ellen Pellman) fights for the right to take her girlfriend to prom in her conservative hometown. And in the Happiest Season, Kristen Stewart plays a young woman ready to propose to her girlfriend, whose plans are thwarted when she discovers her girlfriend’s secret: she’s yet to come out to her parents.

Whether you’re looking for a rom-com set to a rollicking musical score, a love story from the 19th century, or just another chance to see more of Lara Jean and Peter Kavinsky, here's our list of the most anticipated rom-coms of 2020.

More like this
Vanessa Hudgens Is Reportedly Engaged To Cole Tucker
By Jake Viswanath
Pamela Anderson’s Dating & Marriage History Could Be Its Own TV Series
By Jake Viswanath
Keke Palmer Shares The Sex Of Her & Darius Jackson's Baby
By Jake Viswanath
Reese Witherspoon Confirms This Fan Favorite Will Return For 'Legally Blonde 3'
By Jake Viswanath
Get Even More From Bustle — Sign Up For The Newsletter
From hair trends to relationship advice, our daily newsletter has everything you need to sound like a person who’s on TikTok, even if you aren’t.

This article was originally published on Jan. 7, 2020