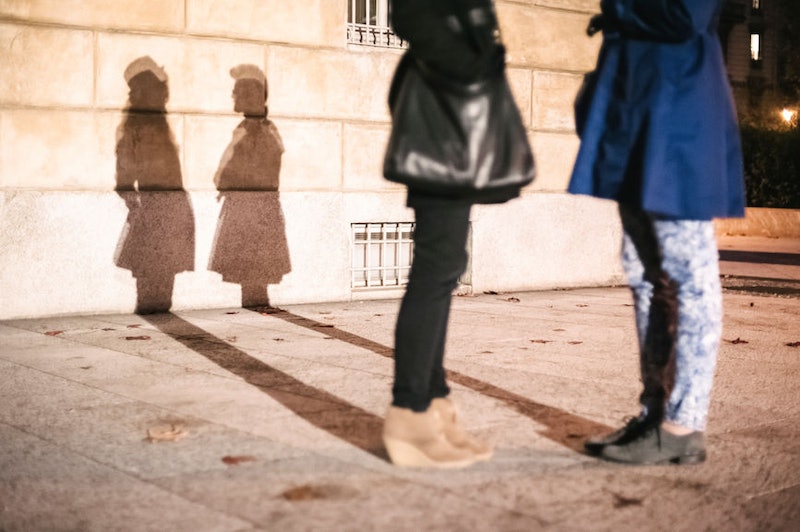 The art of persuasion is a heavily studied technique — and one researcher has made a fascinating revelation regarding the most persuasive phrase you can use to get what you want: The key to having your way is to seemingly take away a person's sense of freedom. I know, I know — it sounds... uh... questionable. I'll explain; then you can decide for yourself whether the pros of the technique are worth the cons.

Nicolas Gueguen, a behavioral scientist out of Brittany in France, approached 640 people asking if they'd make a monetary donation to a children's charity. However, he varied his approach slightly, asking one half of the group differently than the other — thus revealing the secret phrase that works in the power of persuasion.

You will probably refuse!

Why does this phrase work so well in persuading people to do what you ask? Business Insider explains that it has to do with appearing to take away a person's sense of freedom and choice. That's exactly what's happening when you tell someone, "You will probably refuse"; you're making the decision for them, thereby taking away their free will.

What's more, the current study isn't the only one to have explored this technique; sure enough, other research has come to similar conclusions with phrases like, "Do not feel obliged, but," "You are free to accept or refuse, but," and "Do as you wish, but." Entrepreneur also explored the most persuasive words, noting that using "you," "instantly," and "free," as well as addressing the person you're talking to by name, can all drastically tip the situation in your favor. The word "because" is another game-changer, as offering an explanation for whatever you're requesting is more convincing (even if the reason you actually give makes literally no sense).

It's worth pointing out, however obvious it may seem, that these methods are better for some circumstances over others. For instance, if you're a car salesman or you're at a job interview, using the most persuasive speech possible could help you close the deal or get the job.

However, the instant your actions become tainted by dishonesty or ulterior motives, it's time to stop. I'm sure if we thought back in time, we could all remember an instance when someone tried to manipulate us with, "Well, you don't have to, but..."