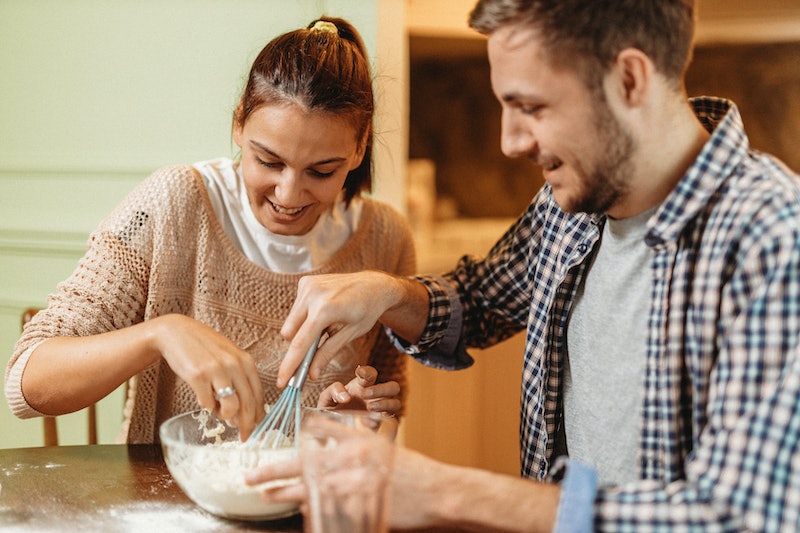 If we're being honest with ourselves, it's probably not hard to remember the last time we asked someone for a favor. Interestingly though, studies suggest that when it comes to getting those favors granted, it's not what we ask for that's key, but rather the words we use when we ask. Guess what the magic word to get people to do favors for us turns out to be? It's "because." That's right: The simple word we use in a lot of sentences anyway might be the key to getting a "yes" instead of a "no" from a colleague or friend. How do we know this? Studies show that when people are offered an explanation for a behavior or request, people are more likely to accept it and therein grant the request. Psychology is a funny little thing, isn't it?

Now, I think it's important to point out that this revelation shouldn't be abused. Some people are prone to being people pleasers and bend too often to the request of others. People-pleasing is also closely tied to anxiety for many people, so the desire to do favors or put others first can actually stem from an unhealthy place. While you shouldn't take advantage of anyone's kindness, it's definitely not a good thing to do to someone who might be struggling with anxiety or struggling with low self-esteem.

But it's still a fascinating little foible of the human mind.The most famous study on this subject is the "Copy Machine Study," which was conducted by Ellen Langer in the 1970s. Here — let's take a closer lookn at how the experiment went down, and what we can learn from it:

In the "Copy Machine Study," Langer conducted a social experiment to see how people would react to someone asking them for a favor. In an office setting, Langer had participants ask someone waiting in line to use the copy machine if they could cut in front of them. For the purpose of the experiment, the participants tested three ways of posing the same request: The first time, participants simply said, "Excuse me, I have five pages. May I use the Xerox machine?" Unsurprisingly, someone let them cut in line only 60 percent of the time.

The second time, participants said the same request, but with a reason attached to the statement: "Excuse me, I have five pages. May I use the Xerox machine because I'm in a rush?" This garnered a whopping 94 percent acceptance rate. Now, one could step back and question: Is the higher acceptance rate because of the word because," or is it simply because no one else "working" in this office was in a rush, so of course they'd let this person go before them?

For the sake of science, Langer's team tested this theory out with a final question: "Excuse me, I have five pages. May I use the Xerox machine because I have to make copies?" Shockingly, 93 percent of people let the person cut them in line! Mind you, this is a Xerox machine; presumably every single person in line also had to make copies, because that's what a Xerox machine is for. So what was the real difference between the first question and the third one? The use of the word "because," even if the reason following the magic word didn't actually make a whole lot of sense.

So, what does this mean? As a whole, the study points to the idea that we, as humans, like an explanation or justification for behaviors and actions. We're much more likely to grant a favor if someone offers us a rationale or justification in the moment, even if their explanation is kind of nonsensical. In my opinion, this isn't an excuse to ask favors of people because you don't want to do your own work or you're feeling lazy; asking too much of others is not only unfair to them, but it's also likely to spoil your relationship with them. You don't want to become the toxic coworker in your office or the slacker friend in your group, after all.

Instead, I think it's important to think of this study's findings in terms of what it says about human behavior: When you're explaining yourself, think about what you're actually saying and what your intended meaning is. Does your excuse make sense? Does your rationale apply to others around you, or is your case actually an individual circumstance worthy of exception? While saying "because" may initially make people more likely to help you out or make an exception, make sure you don't abuse it or get into a bad habit of using it as a fall-back when you're in a tight spot.