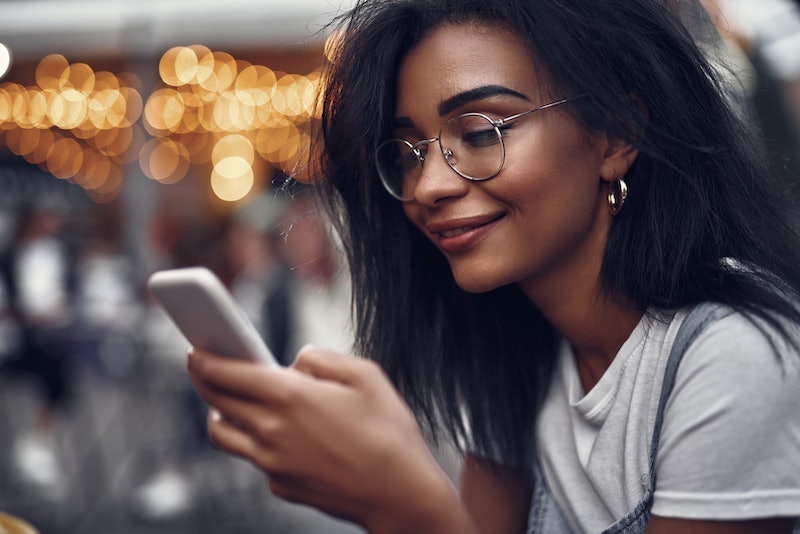 When it comes to choosing a dating app, it's definitely not a one-size-fits-all-approach. Different dating apps are good for different things. And whether you're looking for sex, a relationship, or just feeling out what's out there, one of the most important things about using an app is finding a platform that works for you.

"Successfully using a dating app means that it is providing you with your desired outcome," Antonia Hall, psychologist, relationship expert, and author of The Ultimate Guide to a Multi-Orgasmic Life, tells Bustle. "For some, that may mean finding a well-suited match for a long-term relationship or marriage. For others, it might mean finding attractive partners for casual hookups."

Match came in at number one in 11 different states, while Tinder came in second, ranking number one in six states — and there were a whole lot of other apps that were the favorite in just a couple of states here and there.

Want to know where people were swiping near you? Here are some of the top dating apps, by state, because Tinder definitely doesn't have the monopoly on right swipes.