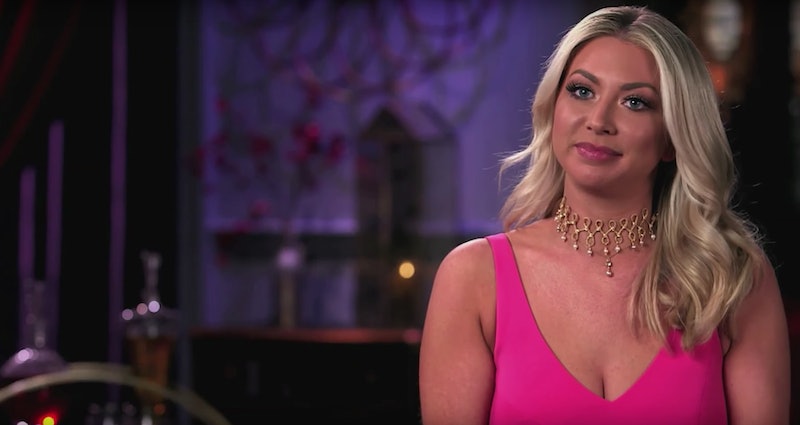 Reality TV buffs always know what to pay attention to. Every new spat between Kourtney and Kim is dutifully noted. Every Bachelorette breakdown is carefully examined. Every dilemma between best friends is agonized over. But even as you meticulously keep up with the Kardashians or check in on your favorite housewives, you're probably also being swayed by aspects of the show that you might not usually give a second thought. The music on reality TV shows is actually one of the most important components to a successful show, and as the co-founders of Signature Tracks know, putting together an impactful one is no simple feat.

Russell Howard, David Lasman and Adam Malka started Signature Tracks together, and now handle the scores for shows like Keeping Up With The Kardashians, The Bachelor, The Bachelorette, The Real Housewives of Beverly Hills, and Vanderpump Rules, just to name a few. In an interview with Bustle, the trio reveals how they and their teams compose original music and cultivate existing tracks to form a perfect musical palette for each show, all so you feel a little more "oomph" behind every big moment.

"It’s a pretty extensive process," Malka says over the phone in early September. "Once we’ve locked the first episode [of a new series], and the network has approved it, we usually have a very solid sound palette that we can then implement in each show."

Scoring a series is a collaborative experience, Lasman says, and those handling the music often take pointers from editors and producers on what moments have to pack a particularly hard punch. "That’s one of the things that we’re really good at: Taking creative direction from producers and making that kind of come to life with music," he shares. "A lot of times it’s interweaving a couple things. A lot of times it’s tension, but also comedy. You know — she stole my hairpiece, and she was really angry about it. You know what I mean? So it’s like, funny, but also dramatic." Any reality TV fan knows exactly what he means. It's what makes watching so much fun.

Howard is the head composer of the company, and he's a seasoned professional with plenty of tricks up his sleeve. Listening to him speak about certain musical methods he uses is like hearing a mathematician explain a particularly involved equation — he knows it like the back of his hand, but it does sound complicated.

"When you go from a minor [key] to a major [key] you kind of give a quirky sound, because it’s kind of unexpected," he tells Bustle. "If you’re in a drama or tension, obviously you’re going to be in a minor [key]. If you wanna go heavy tension or drama, D-minor is probably everything that’s ever been composed in heavy tension."

It's not just the notes themselves that can hint at a tone, he says, but the speed of the music comes into play, too. "There’s pacing as well. For me, a comedy cue is in … the BPMs [beats per minute] of 85," Howard continues. "But then I like to do this thing where I’ll speed the BPM to 140, but I’ll do what’s called a half-time in the drums. So you have the instruments going kinda fast, but the drums are split in half." Once you start hearing this musical play in your fave Bravo show, it's hard to stop noticing.

Though these tricks of the trade might extend to plenty of different series, the Signature Tracks team says each show is meant to have its own distinct sound. Sometimes that means finding the balance between different genres in order to make a show stand out in a certain way, and that was the case when they initially were brought on to score Vanderpump Rules.

"The challenge was to create music that would appeal to a younger demographic and at the same time not scare Bravo from their brand," Howard says. "In doing that, it was really required me to get in the kitchen, try to combine ingredients that would appeal to both sides, so certain kind of drum sounds, certain kind of string sounds … that were a little different than Housewives stuff. That were a little bit more fresh, and then just briefly introducing elements that would be recognized by young kids. Certain synths and EDM sounds, but not overbearing. It’s really just … it’s like walking a tightrope when we’re doing the music, and then it works. And then it became a sound."

You Know It When You Hear It

If it sounds like it takes a lot of talent to make this whole thing work, it's because it does. The Signature Tracks team is juggling dozens and dozens of projects, and not all of them are reality TV shows — Malka says in addition to existing work, the team is also scoring projects like Scott Disick's upcoming house-flipping show, the imminent revival of MTV's The Hills, and a new Aquaman project with DC Comics. They've also created music for movies like Unfriended and Armed, and they're showing no signs of slowing down.

So, next time you gasp in shock or laugh through tears over the antics in your favorite reality show, take a minute to really hear the tunes that are accentuating those moments. The melodies were just as carefully curated as the visuals on your screen, if not moreso, and it's worth taking an in-depth listen.

More like this
Kim K Is Putting Kanye’s Memorabilia — Like Grammys & Clothes — In A Vault
By Jake Viswanath
What To Know About Simon Guobadia’s 3 Ex-Wives & Children
By Brad Witter
Victoria Fuller & Greg Grippo Addressed Their Relationship Timeline
By Grace Wehniainen
We’ve Got A Text! Another 'Love Island' Series Is On The Way
By Darshita Goyal
Get Even More From Bustle — Sign Up For The Newsletter