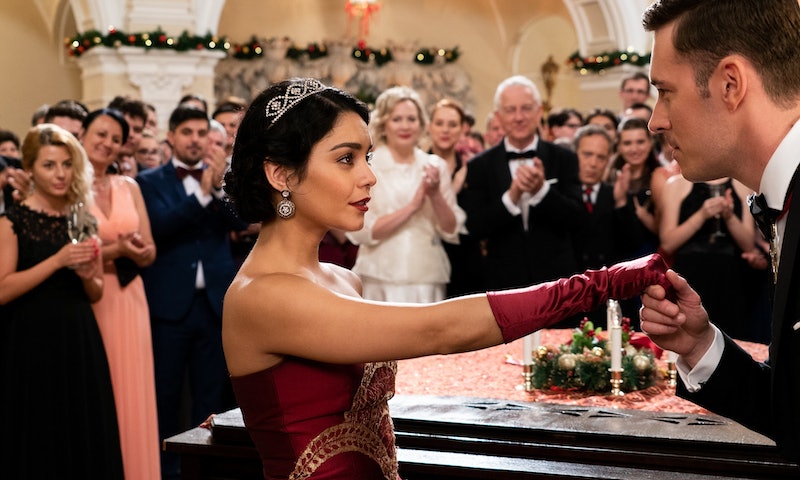 No matter when you think the holiday season starts, it's beginning to look a lot like indoor weather, which is great because the Netflix original holiday movies coming this winter aren't going to watch themselves. The streaming platform has six original offerings for you this season, which will be cropping up on the site throughout the month of November. From new projects to familiar classics, Netflix has you covered for all your holiday needs.

Naturally, there's the usual crop of everything coming and going from Netflix in November, which includes all kinds of tasty holiday treats. But in case you're hoping to settle in with a new favorite instead of rewatching a classic for the umpteenth time, you've come to the right place. From exciting new titles like The Christmas Chronicles and The Holiday Calendar, to a follow-up to last year's wildly-popular A Christmas Prince, the 2018 Class of Netflix Originals is coming in strong, right alongside the holiday-themed Netflix originals from 2017.

In short, it's an embarrassment of riches, made even more ridiculous for the fact that some of these titles are already available. Talk about holiday spirit! Take at look at the list of what's on offer, below, but be warned — once you do, there's a good chance that you won't poke your head out of your cozy nest of blankets at home until the New Year beckons.

Kat Graham plays Abby Sutton, a talented photographer struggling with a bit of a failure to launch. She's stuck around her hometown in a job that doesn't inspire her, and everyone keeps urging her to get together with a guy she thinks of only as a friend. All that changes when her grandfather gifts her with an advent calendar that seems to have magical powers, predicting events in Abby's life even as it guides her to success, renewed confidence, and maybe even love.

If you liked nostalgic favorites like The Parent Trap and Princess Diaries, you're going to love this melding of the two, with an added dose of holiday magic. starring Vanessa Hudgens. The former Disney Channel star plays both starring roles — one as an amateur baker living in Chicago and another as a soon-to-be-princess with her wedding approaching. Naturally, the two decide to switch places, and you can only imagine the chaos that ensues.

If the phrase "Kurt Russell as Santa Claus" doesn't immediately sell you, then perhaps you'd be intrigued to learn that this Netflix original comes from the makers of Harry Potter and Home Alone? That's a pretty impressive resume, so this sibling caper is probably worth a watch or 20.

4. A Christmas Prince: The Royal Wedding

Art imitates life with this sequel to last year's holiday Netflix original, The Christmas Prince. It takes place a year after the first film, with Richard and Amber ready to walk down the aisle. But plot twist! Even after helping Richard to the throne in the original, Amber isn't sure she's ready to be queen.

And speaking of the original, A Christmas Prince the first is still available for your viewing pleasure any time you feel in need of a refresher. Journalist Amber is sent abroad to the fictional country of Aldovia to research heir-to-the-throne and party boy Richard, but the fact that the pair is set to be wed in the follow-up suggests that things don't exactly go to plan...

And finally, there's 2017's heart-warming story of Ellen, a young party girl who's set to take over her father's company, if she can just find a way to shake her party girl reputation. Hoping to do just that, Ellen visits his tiny hometown to participate in a yearly tradition that clashes with her city sensibilities at first, but ultimately teaches her about the values that the company was built on. (And yes, even passes on a lesson on two about love.)

And there you have it! These six Netflix originals have something for everyone, and should keep you busy throughout the holiday season.

More like this
22 Movies On Netflix That Are Perfect For The Whole Family
By Bustle Editors
Here’s Everything Coming To & Leaving Netflix In August
By Jake Viswanath
What’s New On Netflix: 'Bridget Jones’s Diary' & 'Monster-in-Law'
By Arya Roshanian
What’s New On Netflix: Neil Patrick Harris’ Queer Rom-Com Series & More
By Arya Roshanian
Get Even More From Bustle — Sign Up For The Newsletter