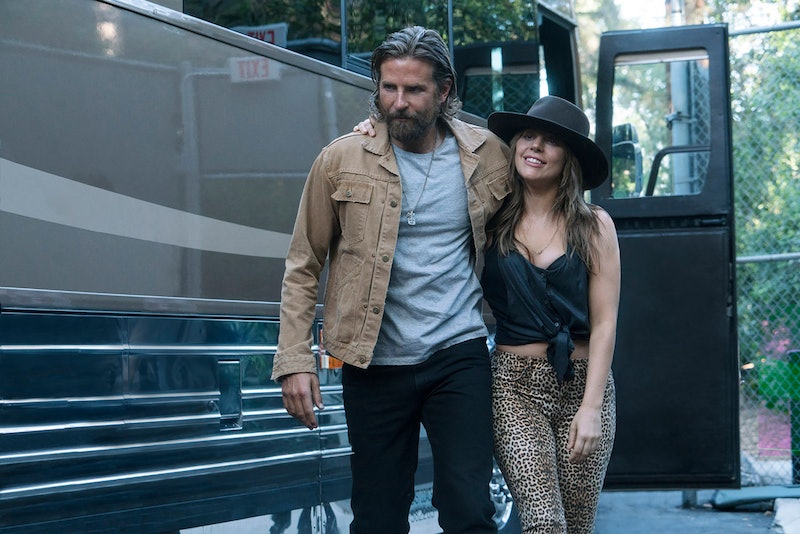 The new Lady Gaga romantic drama A Star Is Born is drawing some major praise for both the singer-turned-actor and for her co-star-turned-director, Bradley Cooper. The film is the directorial debut for Cooper, and it's the first lead role in a film for Gaga, and by most accounts it appears that both have made stellar first efforts in their respective new arenas. And while the movie is earning raves, it's not the first version of A Star Is Born — it's actually the fourth. So how does A Star Is Born compare to the other adaptations?

When it comes to accolades, the new movie certainly has its work cut out for it. It's doing great with critics so far, holding a 95 percent rating on Rotten Tomatoes as of this writing, but the previous iterations are no slouches in that department, either. The 1937 original holds a 100 percent rating on the site, while the 1954 remake comes in at 97 percent. Lagging far behind is the last remake before this latest one, the 1976 version, as it holds only a 31 percent rating. But what that version lacked in critical reception, it made up for in accolades. The 1976 film won the Oscar for Best Original Song while also being nominated for three other Academy Awards and winning five Golden Globes, including Best Picture - Musical or Comedy. The 1954 film was nominated for six Oscars, though it didn't win any, and it also won the Golden Globe for Best Picture - Musical or Comedy. Finally, the 1937 original film was up for seven Oscars that year, winning one for Best Original Story.

OK, so when it comes to reception it looks like the new film is on par with the previous versions (we'll have to wait and see about the accolades), but how does the story compare? The new version certainly adds some new twists to the plot, but the bones of the story are the same. It is most similar to the 1976 version and is farthest from the 1937 original, which makes sense. The newest version stars Cooper as Jackson Maine, a hard-drinking country music superstar who's career is in a decline. He receives a shot in the arm when he meets Ally (Lady Gaga), a talented aspiring singer with whom he falls in love and guides toward a superstar career of her own. This set up is quite similar to the 1976 version, which stars Kris Kristofferson as a fading alcoholic rock star named John Norman Howard who begins a similar relationship with Barbra Streisand's aspiring singer, Esther Hoffman. In both films, the two leads meet in a bar where the aspiring singer is performing.

The first two films are a bit different. The original wasn't even about singers, instead telling the story of aspiring actress Esther Blodgett (Janet Gaynor) who comes under the wing of fading alcoholic movie star Howard Maine (Fredric March). The two first meet at a party where Esther is waitressing. The 1954 remake introduced the musical elements that remained in the later versions, while still having one foot in the movie industry. In it, Judy Garland plays Ester Blodgett, an aspiring singer and actress, while James Mason portrays drunken former Hollywood star Norman Maine, who helps Esther break into show business after the two meet at one of Esther's performances.

The newest incarnation of A Star Is Born is its own film, there's no doubt about that, but it certainly shares a number of similarities with the trifecta of films bearing that title that came before it.