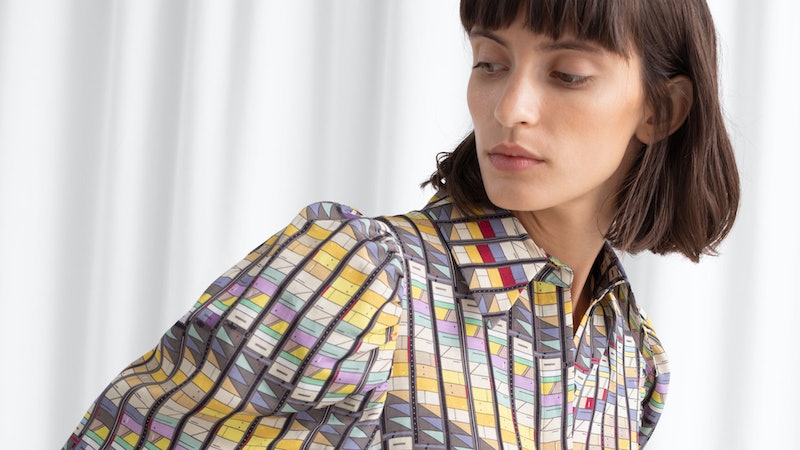 Another day, another high street collaboration. But this one definitely deserves the 'newsworthy' tag. To celebrate the achievements of three notable female scientists, & Other Stories has teamed up with Giorgia Lupi, an information designer who has managed to create wearable data.

Lovelace wrote an algorithm that formed the basis of computers, inspiring a design that uses dashes to represent passages of said algorithm, per Vogue. Jemison — the first woman of colour in space — has unsurprisingly inspired a planetary-type pattern. A combination of circles and lines depicts the astronaut's orbits around earth and her time spent up above. Carson is the author of the 1962 book that drew attention to the environment, Silent Spring. The resulting natural print uses the likes of petal shapes to represent book chapters and colours to depict Carson's favoured language.

“They were pioneers in fields that were historically male-dominated,” Lupi told Vogue. “But I wanted to focus on their significant accomplishments, not necessarily just on their lives as women. Sometimes it’s easier to focus on the obstacles they overcame, but to be really aspirational, I think it’s important to look at the contributions they brought to the world.”

The 13-piece collection combines cosy knits with floaty dresses and silky shirts. Plus, there's a few classic tees to choose from. As well as highlighting the work of these monumental women, the designs prove the importance of visualising data. As Lupi explained to & Other Stories: "Data doesn’t have to be scary or intimidating, because, if you think about it, data isn’t even real! Rather it’s abstract, representing the details of our lives and our ideas."

Here's all the prints and patterns you can buy.