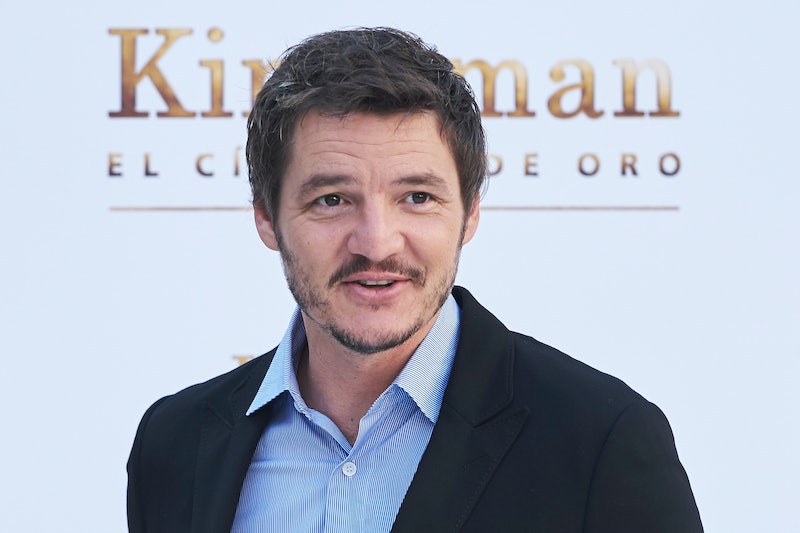 While fans might still be trying to guess who Rey's parents are, there is one Star Wars secret that has finally been revealed in this galaxy (not so) far, far away. The official cast for The Mandalorian, the upcoming Star Wars TV series, has officially been announced, according to a press release, and it includes a Game Of Thrones favorite in the title role.

After weeks of speculation, Lucasfilm confirmed in a press release that GoT's Pedro Pascal will play the Mandalorian in the series, which will start streaming next year on Disney's untitled streaming service. R.I.P. Oberyn Martell, but hello to the Mandalorian.

The official Star Wars website said Pascal will play the "lone Mandalorian gunfighter in the outer reaches of the galaxy." And no surprise, didn't offer any other information about the character.

But, the show did share who else will star alongside Pascal, who previously starred on Narcos. Deadpool's Gina Carano, Supernatural's Emily Swallow, and Breaking Bad's Giancarlo Esposito, will also join the show. As will American Gods' Omid Abtahi, Werner Herzog, Nick Nolte, and Rocky's Carl Weathers in roles that are yet to be described because hello, it's Star Wars.

Two months ago, the show's director Jon Favreau revealed that the title of the upcoming Star Wars streaming series was The Mandalorian. But what is a Mandalorian? This lone gunfighter might not be the bounty hunters fans were looking for, but its title hints that this new live-action series will focus on a popular segment of the Star Wars universe. And it's one that hasn't yet been covered in the movies.

According to the Star Wars Wiki, the Mandalorians "were a predominantly human ethnolinguistic cultural group who originated on the planet Mandalore. Mandalorians had a particularly unique role in galactic history as legendary warriors against the Jedi." The history of the Mandalorians is a complex one, which includes an "internal conflict with other Mandalorian groups like Death Watch, who wanted to maintain the warrior ways of their Mandalorian heritage."

Favreau revealed that the series will be set in the years following Return Of The Jedi, "after the fall of the Empire and before the emergence of the First Order," he wrote on Instagram.

In that post, Favreau also revealed that The Mandalorian would take place "after the stories of Jango and Boba Fett," but some fans still believe the Fetts will play a role in the upcoming series. Specifically, because they're both from a Mandalorian planet.

While Disney is just now sharing who will be in The Mandalorian, back back in May, Favreau revealed to Nerdist what the show would look like. He said that the show would use the same motion capture technology that he used in his live-action adaptation of The Jungle Book, which means fans should expect to see some droids and other non-human characters in the mix here.

Whatever this show looks like, though, Favreau is excited to show it to fans next year. “We’re having a great time working with this incredibly talented group," Favreau said in the recently released casting statement. "And excited for everyone to see what we’re up to." No doubt, Star Wars fans are also excited to see what The Mandalorian and this cast has to offer.