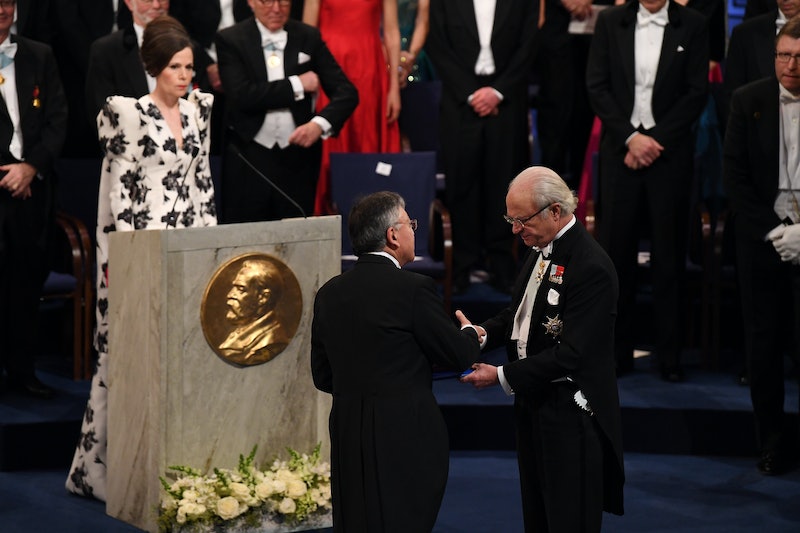 The Nobel Foundation announced today that the Nobel Prize in Literature will be awarded twice this year, after a sexual assault scandal derailed the awards in 2018. For those unaware, here's the background: In late 2017, the Swedish Academy was thrown into disarray when 18 women came forward to accuse Jean-Claude Arnault, the husband of academy member Katarina Frostenson, of sexual assault and harassment. In May 2018, the Academy announced that they would postpone the awards until further notice, in order to deal with the fallout of the accusations.

Before 2018, the last time The Nobel Prize in Literature went un-awarded was in 1943, when the Academy determined that no author had met their requirements of having "produced in the field of literature the most outstanding work in an ideal direction." But last year was the first time the award had been postponed due to internal conflict.

According to a press release on the Nobel Foundation's website, "Several important changes have been implemented since then," including amended regulations that now allow for Academy members to resign, and no longer including "any members who are subject to conflict of interest or criminal investigations." Several new members have also been elected to the Academy. In addition, the Academy also approved a new system for its Nobel committee "for the next few years." There will be five independent external members who will participate in selecting Nobel Laureates, while adding "valuable new perspectives."

These changes will be applied to both the 2018 and 2019 prizes, which will now be awarded in the fall of 2019. The selection process for the Nobel winners is notoriously guarded; what we do know is that invitation letters to all who are eligible (about 600 to 700 individuals and organizations) are sent out in September, and the whittling process continues throughout the year, with a shortlist decided upon by May and the nominees' works studied the summer before the prize is announced in October. According the Nobel Foundation, archives detailing the nominees and the jury’s reasoning cannot be revealed until 50 years after the event.

Kazuo Ishiguro, author of such beloved books as Never Let Me Go and The Buried Giant, was the last writer to be awarded the Nobel before the scandal in 2017. At the time the Academy announced that Ishiguro was honored with the award for being a writer "who, in novels of great emotional force, has uncovered the abyss beneath our illusory sense of connection with the world."