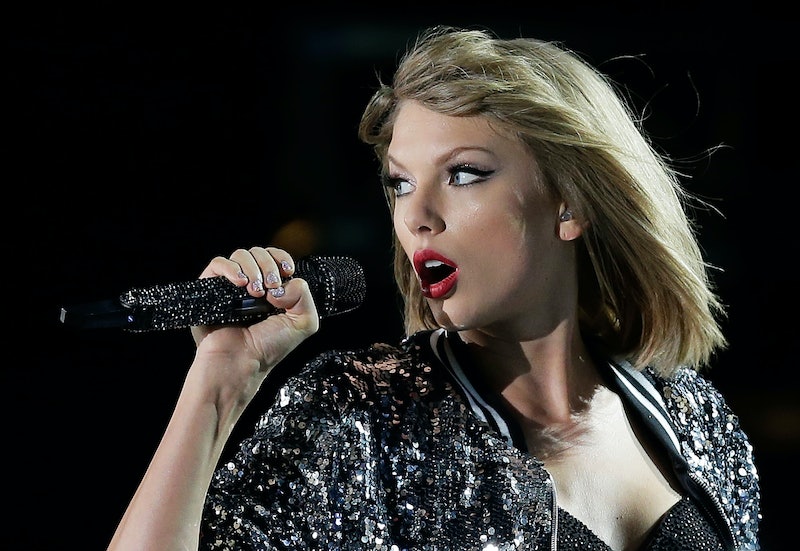 Taylor Swift may be 27, but some fans think she's still stuck in high school. After a three-year wait, the singer finally unveiled her new single, "Look What You Made Me Do," on Thursday night. It's a barbed, scathing takedown of a sworn enemy or an ex something or other (OK, fine, most people think it's Kanye West), but one lyric in particular has the internet rolling their eyes: people are dragging Swift's "the old Taylor Swift is dead" lyric all over Twitter.

It comes in just before the final chorus, as a breathy, faux ingénue retort. Imagine it said with a hair flip and a smug smile and you may just find yourself harkening back to your days in middle school, where things like petty gossip and queen bee hierarchies still mattered.

Suffice it to say, listeners found the lyric, um, a little rudimentary.

1. Some People Were in Disbelief

I missed the part where she aged back to 13.

Swift is one of the biggest pop stars in the country right now. Something tells me should could dig a little deeper.

3. And At Least A Few Were Outright Laughing

This doesn't bode well for the album.

5. Kris Jenner Is On The Case

This GIF use is iconic.

6. A Few People's Minds Were Blown

It all makes sense now.

7. And Fans Used It To Express Their Appreciation

Is this like the whole reclaiming the snake situation?

8. The Emo Phase Is Beginning

9. A Memorial Popped Up

"Don't cry because it's over. Smile because it happened." Or something like that.

10. Some Heads Are Spinning

Seriously, what about fans of the old Swift supposed to do now?

11. She Doesn't Even Go Here Anymore

A+ use of a Mean Girls GIF.

So, there you have it — the old Taylor Swift may be gone, but she's left an onslaught of memes in her memory.