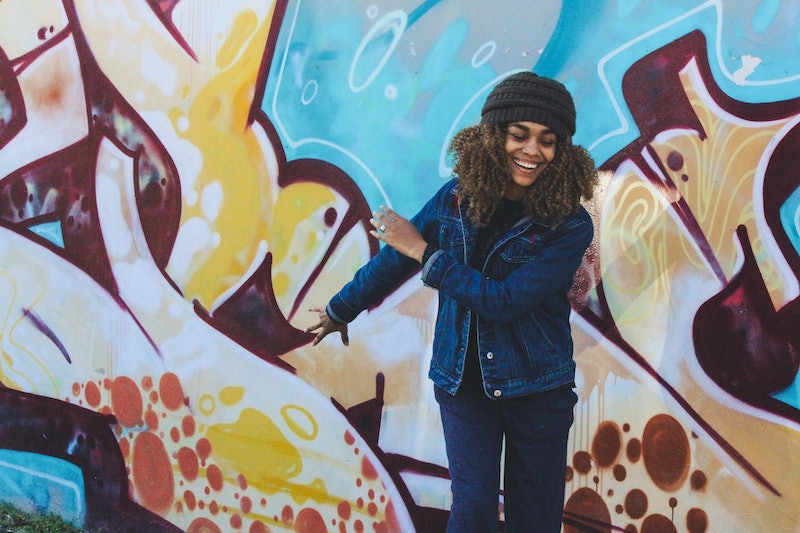 Paulette Wooten/Unsplash
By Mia Mercado
May 10, 2017

Have you said something nice to yourself lately? Well, you should. Not only because you’re great, but also because research suggests reciting a mantra can make you happier. Doing something as simple as repeating a positive phrase every day can actually alter the chemical state of your brain, making you happier and less stressed.

How does it work? Each and every thought we think creates a complex pattern in our brain, influencing things like brain chemistry and neural connections. The frequency that any two of our neurons connect impacts the ease with which they communicate. Like Alex Korb, neuroscientist and author of The Upward Spiral: Using Neuroscience to Reverse the Course of Depression, One Small Change at a Time, tells the Wall Street Journal, “The more they communicate, the stronger their connection becomes.” So, the more we think a certain thought, the more we reinforce that pathway.

Essentially, the way we talk to ourselves matters on a scientific level. Studies, like one from 2015 published in Brain and Behavior, have shown that silently repeating just a single word to yourself can help put your mind at ease, keeping it from wandering elsewhere. When the word we repeat is positive and affirming, the changes in our brain can lead to positive physical changes as well. Repeating a mantra can better our health through things like enhanced endurance and lowered cortisol levels, which affect things like fatigue and blood pressure.

Mantras and other forms of mindfulness can change our brains for the better. Practicing meditation has been linked to many positive mental and social benefits, from lowered anxiety levels and helping treat depression in adults to helping students and lowering suspension rates in schools.

In an interview with the Washington Post, neuroscientist Sara Lazar says participants in a study on meditation showed changes in their brain after just eight weeks. Lazar says, “The fight or flight part of the brain which is important for anxiety, fear and stress in general...got smaller in the group that went through the mindfulness-based stress reduction program.”

Adopting a mantra may seem weird and uncomfortable if you’ve never practiced one intentionally before. But it really isn’t that foreign when you think about all of the things you already tell yourself on a regular basis. For example, what’s the first thing you think when you wake up in the morning? What do you tell yourself when you look in the mirror? Examining the words we default to when talking to and about ourselves can give us an idea of how we'll feel mentally and physically.

Want to start practicing a mantra but don’t know what to say? Try “I am content…” as a healthy morning mantra. Instead of automatically groaning when you get out of bed, think “I can conquer whatever I set my mind to today” or another mantra that will make you feel more confident. Do you beat yourself up when you make a mistake? Instead, tell yourself “Progress, not perfection” as a happiness mantra.

It may seem silly or awkward the first few times, but you know what’s arguably more uncomfortable than reciting a positive mantra? The mean things you may already tell yourself without thinking twice about it. Words do matter, especially when it comes to how we talk about ourselves. So, be nice to yourself. Scientifically speaking, it’ll make you feel better.