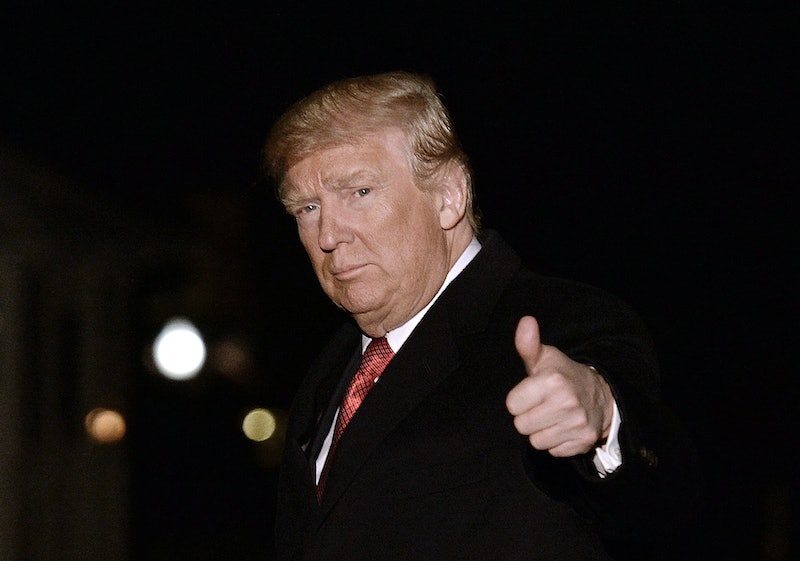 The current iteration of Trumpcare blows. Its passage would be devastating to Americans of all stripes, be they poor, trans, or supporters of Planned Parenthood. Even the middle class could potentially pay thousands more for health care with the new tax credits, compared to the subsidized plans from the Affordable Care Act. Let's not even get started on Paul Ryan's plan for Medicaid. But there's actually one reason why the GOP's Obamacare replacement could be a good thing. And no, I'm not talking about consumer choice, reducing the federal debt, or some other Republican talking point.

BuzzFeed reported Wednesday that Trump's aides have started to blame the problems of the American Healthcare Act on House Speaker Paul Ryan. That could be really good for the Resistance. So far Congressional Republicans — in particular the leaders Ryan and Senate Majority Leader Mitch McConnell — have overlooked most of Trump's less-than-stellar executive orders, his inane Twitter rants, and unnecessary post-election campaign rallies... not to mention his campaign's potential connection to Russia following the revelations about former National Security Adviser Michael Flynn and current Attorney General Jeff Sessions.

So, what would be really great is if this health care bill became a source of contention between Trump, Ryan, and, if we're really lucky, McConnell. BuzzFeed reported that three White House sources blamed the rollout on Ryan and his lack of coalition building. That won't go over well — especially when Ryan is on TV saying it was a group effort. "This is something we wrote with President Trump,” he said on Fox Business. “This is something we wrote with the Senate committees."

As long as Trump and his fellow party leaders remain organized and on the same page, they can do some real damage. Trump could sign bills that hurt everyday Americans — many of them his own supporters — to keep Ryan and McConnell happy.

They in turn could ignore potentially huge abuses of the presidency, for example, Trump's tweets alleging that President Obama wiretapped Trump Tower. That is unacceptable without proof, and yet Republicans were very willing to overlook Trump's Twitter actions.

Even conservative blogs like RedState have pointed out the potential contradictions between Trump and the traditional Republicans that could intensify all thanks to Trumpcare. There are some who will go with Trump on health care reform — complete with subsidies — and others who will demand the whole thing be left to the markets. "It’s a schism, and it isn’t going away. And this bill is bringing the divide into full relief," the RedState article reads.

Trump has never shied from throwing his colleagues under a bus, so why would doing the same thing to Ryan give him any pause? He just blamed the generals for the loss of a Navy Seal who died in a mission that Trump approved. News reports claim that Trump once blamed his casino failures in New Jersey on executives who died in a helicopter crash. If Trumpcare doesn't work out, somebody is going to have to take the blame, and wouldn't it be great if it were Ryan?

Anything that can put those two at odds can only help everyday Americans survive this presidency. This bill may help drive them apart, and that's a very good thing.