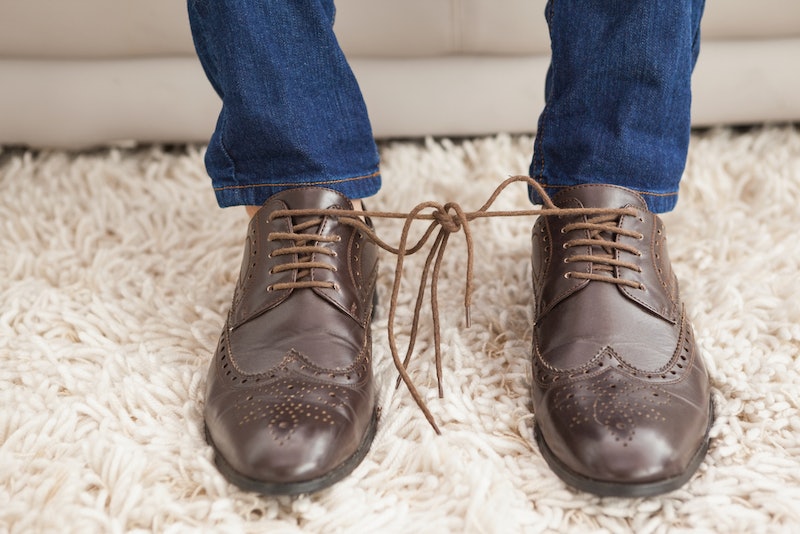 If tricks and pranks are your jam, you're probably looking forward to April 1. However, despite taking part in the time-honored tradition of fooling friends and family every year, many people don't know the origin of April Fools' Day. In fact, no one knows for sure how April Fools' Day, also called All Fools' Day, got started, History.com reported. One theory dates back to 1582 when France switched to the Gregorian calendar, which moved the first day of the year from Apr. 1 to Jan. 1. Because there was no way to widely communicate such changes back in old-timey days, people who were slow to adopt the new calendar were called April fools, according to History.com.

Reader's Digest speculated that April Fools' Day may have evolved from the Roman celebration of Hilaria, a spring festival in mid March that honored the vernal equinox. The festivities included games and costumes that allowed common people to imitate nobility, often at the expense of others. The tradition of playing pranks on Apr. 1 could also stem from the European practice in the 1600s of sending people on fools' errands during the spring time.

Who knows why this happened, though there is some speculation that those sent on such errands were the same people who didn't get the message about the whole-calendar-change thing that happened the century before. Or, perhaps after being shut up inside all winter people were simply craving excitement. I mean, there was no Netflix back then so I suppose folks had to come up with creative ways to entertain themselves.

Other possible origins of April Fools' Day have to do with farming. According to the website Calendar Updates, May 1 marked the beginning of the planting season. Those who began planting crops before this date were called April fools. Because April often brings unpredictable weather, plating before May could result in a loss, and only a fool would make such a mistake.

In Scotland during the 18th century, one day wasn't enough to celebrate foolish antics. History.com explained that the Scots took part in a two-day April Fools' Day celebration. The first day was dedicated to sending people on fools' errands while the second was reserved for pinning fake tails or "kick me" signs on peoples' butts. This was referred to as "Tallie Day."

Newsweek reported that April Fools' Day became common in the 1700s when people in Britain adopted Apr. 1 as a day to play tricks on one another. This is how the day is celebrated today, though not everyone appreciates having their office supplies put in gelatin.

No matter how April Fools' Day began, it's often a day for elaborate hoaxes. While you might be familiar with recent April Fools' Day tricks from large companies like Google, the website Time and Date detailed some pretty hilarious ones that happened before you were born.

In 1934, multiple newspapers reported a fake story, complete with a photo, of a man flying by using a device he powered with his lungs. In the 1960s, before color TV came to Sweden, people were told they could change their television from black and white to color by pulling a nylon stocking over the screen.

While no one knows for sure why we play tricks on Apr. 1, it's a pretty safe bet that you'll fall for at least one prank. Hey, I once fell for one about a salon that was going to give dogs and their owners matching haircuts and blowouts (the photos looked sooooo real!). Take everything that happens Apr. 1 with a grain of salt. If something seems too good to be true, or totally bananas, it's a pretty safe bet that it's an April Fools' Day joke.