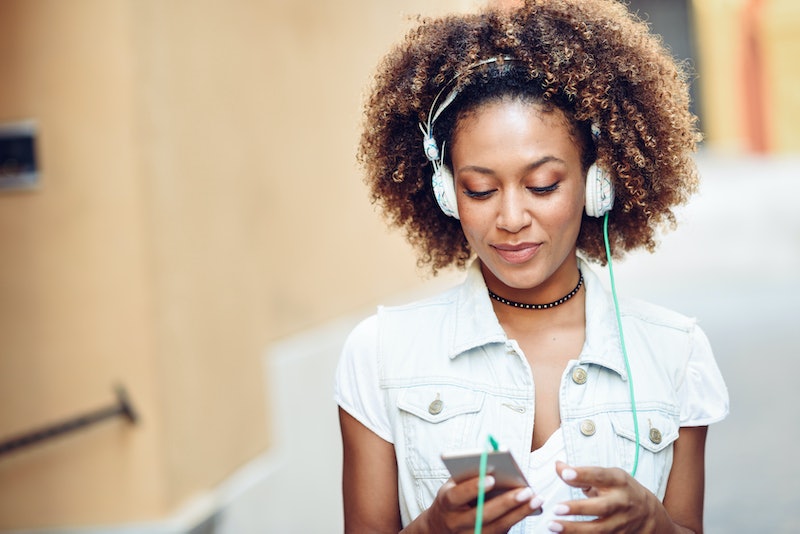 With the first day of spring right around the corner, now is the perfect time to begin thinking about how you're going to use the occasion as a reason to clean up your life in a physical and spiritual sense. Based on your astrological sign, you may be able to determine the part of your life you should organize right now — in preparation for the beginning of next season.

The tradition has a number of probable origins. In Jewish culture, spring cleaning is potentially linked with Passover; a holiday celebrating the Jewish people's liberation from slavery in Egypt. In Catholicism, it can be linked to Good Friday (the Friday before Easter Sunday). And in Persian culture, cleaning is typically performed in early spring as part of Norwuz, the Persian New year celebrations.

Despite its antiquated roots, partaking in spring cleaning is still fairly commonplace in the United States. According to the American Cleaning Institute, a whopping 72 percent of adults report taking part in spring cleaning activities each year. But who says you have to limit the practice to scrubbing toilets and dusting windowsills? Organizing the inner workings of the mind is just as important as anything involving soap and sponges.

Aries are lively, ambitious people. Often they will impulsively involve themselves in a million things at a time, and subsequently fail to give their all in any one area of interest. Folks born in Aries should use spring cleaning as an opportunity to organize your priorities, keeping only what you love at the forefront of your mind. (Okay, also what pays the bills. Those are important, too.)

Tauruses are known for their reliability, so it is easy for them to grow overwhelmed by the sheer number of people who seek their assistance. If you were born between April 20 and May 20, use this time to organize your relationships — determine who is a priority for you, and the people who are asking for too much.

Gemini are witty and quick learners, yet tender and affectionate. Their curious nature often leads to wanting to do a million things and go a million places, but find themselves feeling limited by time. Use spring cleaning to organize your plans; make color-coded to do lists.

Cancers are dreamers. The most idealistic of the bunch, a Cancer's down is the way in which they live in their own heads. A Cancer should use spring cleaning as an opportunity to organize these ideas, both externally and internally.

Leos are dramatic, creative leaders. They thrive on being the center of attention and being in charge of others. Leos would benefit from getting their commitments in order; chances are they're in charge of a few clubs or committees, and there's no better time like the present to make sure they're on top of it all.

Virgos are likely the most internal of the bunch. They, like Cancers, spend a lot of time in their own heads, but spend that time analyzing things rather than dreaming up big ideas. This spring cleaning, Virgos should organize their academic or research materials, or the journals they keep (there are probably plenty). Future you will thank you for it.

Libras are fair, social, level-headed bunch. Chances are most of the aspects of their lives are already in order, but spring cleaning would serve as a good time to help other friends organize their things. Between the quality friend time and an excuse to organize, it's a win-win.

Scorpios are passionate, stubborn, and hot-tempered. They are the type of people to be all worked up over any little thing at any given moment. Spring cleaning is an opportune time for a Scorpio to designate and organize a place where they can relax and decompress.

Sagittarians are the most grandiose people. When they dream, they dream big (and sometimes unrealistically). When they can't attain their goals, it hits them harder than it does the other signs. Spring cleaning is an ideal time for a Sagittarians to organize finances. This will allow them to more realistically see what they can do with their means.

Capricorns are free-spirited beings who enjoy having no commitments. But with an excess of of free time, sometimes commitments can get lost in the shuffle. Use the start of the new season to organize your free time to meet the perfect medium of being relaxing and productive.

Aquarians are inherently shy, and very much the opposite of Leos (makes sense with that fire-water dynamic). The best use of their time this spring would be to organize the items they view with particular affection: books, records, any collections they hold dear.

Pisces thrive on visual stimulation. They are natural-born creatives, and gifted in the arts. Pisces would make great use of spring cleaning by devoting the season to organizing their artistic endeavors, be it paints or photographs or any other kind of medium.