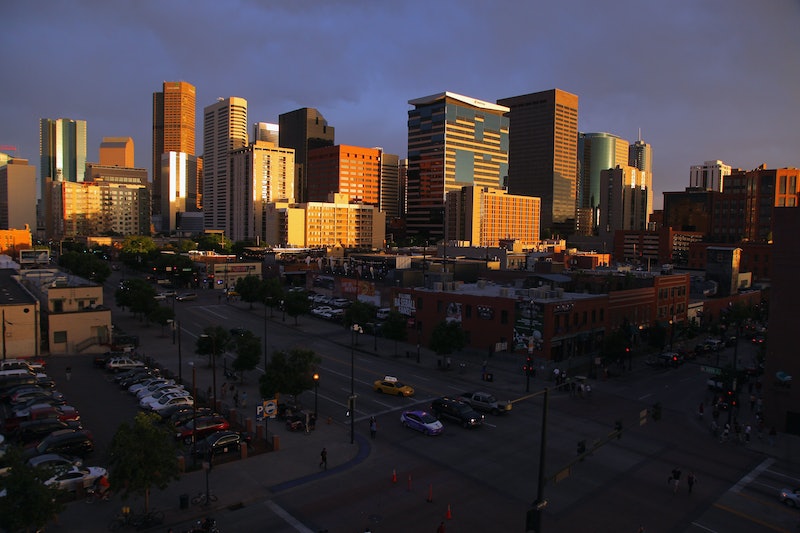 In a series of tweets attacking Congressman John Lewis on Saturday, President-elect Donald Trump slammed Georgia's Fifth Congressional District as "crime infested" and "in horrible shape and falling apart." While every city has its faults, Trump's depiction of life in Lewis' district didn't sit well with his constituents. In defense of Lewis and his district, many residents took to social media to directly challenge Trump's claims.

"Congressman John Lewis should spend more time on fixing and helping his district, which is in horrible shape and falling apart (not to mention crime infested) rather than falsely complaining about the election results," Trump tweeted early Saturday after Lewis said he would boycott the president-elect's inauguration. "All talk, talk, talk - no action or results. Sad!" Later Trump returned to Twitter to say, "Congressman John Lewis should finally focus on the burning and crime infested inner-cities of the U.S. I can use all the help I can get!"

Georgia's Fifth Congressional District includes downtown Atlanta, and parts of Clayton, DeKalb, and Fulton counties. It includes esteemed colleges like Georgia Tech and Emory University and the headquarters of the Coca-Cola Company, Delta Air Lines, and the Centers for Disease Control and Prevention. It includes Hartsfield Jackson Atlanta International Airport, which is the world's busiest airport and the Atlanta BeltLine, a large-scale urban revitalization project transforming the city's unused railway corridor into a space for parks, multi-use trails, and public transit.

And while Trump is right in that crime does happen in Georgia's fifth district (no city is without crime), it's not exactly as bad as the phrase "crime infested" would suggest.

Here's what some of Lewis' constituents had to say about life in Georgia's Fifth Congressional District:

Look at all this art the people in Georgia's Fifth Congressional District have to look at! Sad!

What Do You Mean There Are No Gold Toilets?

What makes life worth living if I don't have a gold toilet to come home to?

I've never seen a community in such horrible shape!

Who Would Want To Spend Any Time Here?

What A Hell Hole!

What a dreadful looking place to work in!

The Sky Looks Like It Is Literally On Fire

This sunset is surely a result of the constant fires.

Get out while you still can, Gabe!

Look At All The Despair!

Neighborhood dance party or a mass evacuation from a community that's "in horrible shape and falling apart"? You be the judge.

This looks like a horrible way to spend a Saturday!

Don't these graduates know things are falling apart! Why are they smiling?

What Horrible Shape Is This?

Proof things in the Fifth District are moments away from collapse!

Here's What John Lewis' Constituents Think Of Him

It might not have been the best move to describe the legacy of a prominent civil rights activist as "all talk, no action or results."