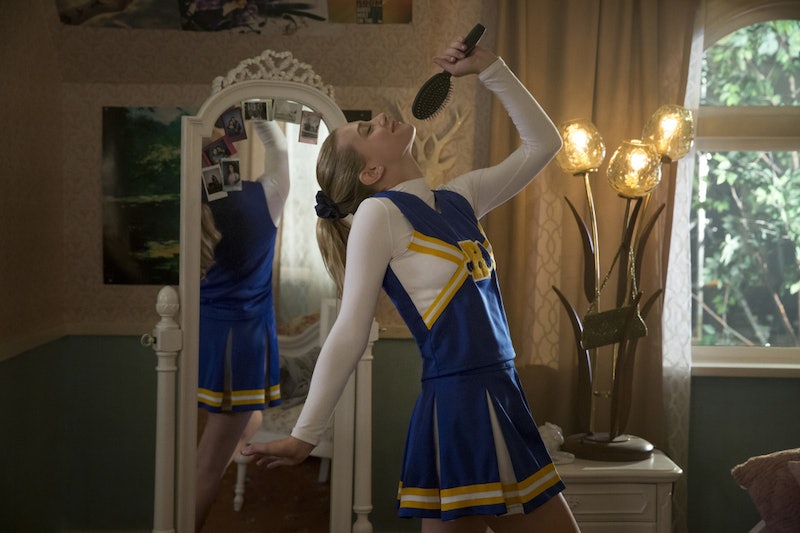 With its vintage, soda fountain aesthetic and film noir-esque storytelling, it's difficult to tell at first if Riverdale is set in modern times. Then, Betty's friend Kevin Keller refers to Archie as a millenial straight man, and we're off to the races. If that weren't enough, the pop culture references in the Riverdale pilot ground the Archie comics characters in the 21st century and will help new audiences get to know the iconic teenagers.

Riverdale brings Archie, Jughead, Betty, Veronica, Josie, and her Pussycats to the small screen with a dose of teen mystery that shows on the CW and Freeform have made their signature with shows like Pretty Little Liars and Twisted. It also reminds me a bit of Rian Johnson's film Brick, which starred Joseph Gordon-Levitt. More Veronica Mars than Gossip Girl, if you know what I mean.

The references aren't so incessant that they break focus. Riverdale still seems removed from the outside world, despite the hip tastes of its inhabitants. You can learn a lot about a person by what pop culture references they keep in their back pocket. Gilmore Girls taught us as much, and Riverdale has some excellent references in that spirit. Here's what I noticed in the first episode.

"I'm Breakfast at Tiffany's and this town is so In Cold Blood."

First of all, maybe Veronica shouldn't put down the town while trying to make new friends. Second of all, Holly Golightly is more of a mess than a socialite. Maybe that was the point.

"On Sunday, thank God for HBO"

I mean, I live in a major city with endless things to do, and I feel the same sentiment.

That's a pretty deep cut for a sophomore, I have to say.

This is how Veronica describes Archie. Like, I know he's the star of the source material, but everyone is obsessed with Archie and how cute he is on this show.

With that, Josie became my favorite.

Seriously, the constant list of nicknames for Archie are my favorite thing.

"You should be the Queen Bey of this drab hive"

Again, my one note to Veronica — please stop insulting your new town to its inhabitants.

I get that this is a reference to January Jones wearing a fat suit, but Betty Cooper's ponytail is much more Peggy Olson Season 1.

"Well it's not the Met Ball"

We get it, Veronica, you're fancy.

"Can't we, in this post-James Franco world, just be all things?"

I'm not sure he's my go-to label for gender norms, but I'm glad that he is that for somebody.

I'm not sure what's going on between Archie and the music teacher, but I'm intrigued. The two of them may not be involved in any of Riverdale's big mysteries, but their sordid past is covering up something. As the show unfolds, we have answers, secrets, and hopefully more fun references like these to look forward to.