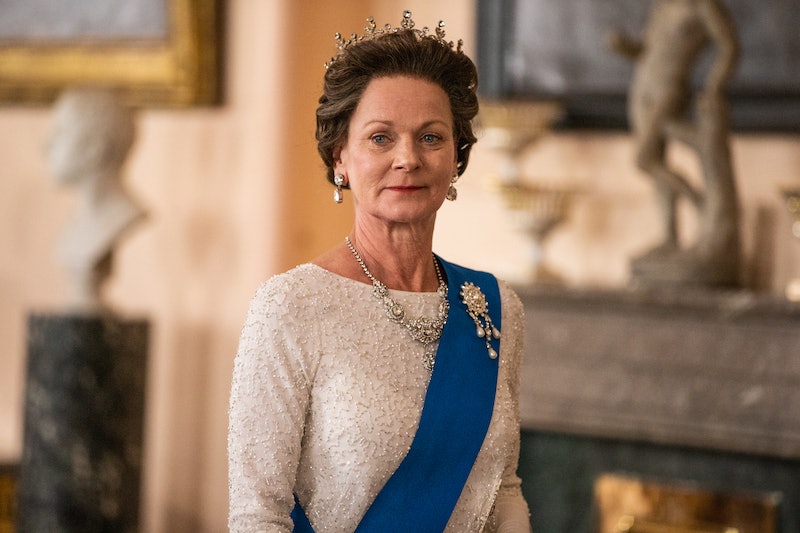 Picture this for a second — the monarchy has been dissolved, and the royal family have to vacate their royal residences to live among the “common people.” How amazingly absurd, right? Well, the late Sue Townsend turned this notion into somewhat of a reality with her 1992 novel The Queen and I, which Sky had adapted this satire spectacular into a one-off special just in time for Christmas. This reimagining of the royals is an actual masterpiece, especially when it comes to The Queen and I’s iconic book ending.

Want to save the surprise for Christmas Day? I totally understand, but you may want to click away now. But if you’re like me and have a million and one things planned on the big day along with the task of picking and choosing what show to watch later, I’m going to be giving you the lowdown on The Queen and I ending.

If you cast your minds back to 1992’s general election (I can’t, I wasn’t alive), you’ll remember that the Conservatives unexpectedly won the majority of the vote. In The Queen and I, this meant that the (fictional) People’s Republican Party leader Jack Barker became Prime Minister, and his first port of call as leader of the United Kingdom is to dissolve the monarchy.

A nightmare for the Queen and her family, they are sent packing to Hell Close (Hellebore Close, but the letter for ‘bore’ fell off), where they must adjust their privileged lives to that of a working-class family.

And they actually do it with surprising ease. The Queen learns how to make a good brew and live without the aid of servants, Princes Charles grows out a ponytail and dons a shell suit, and Princess Anne falls for local carpet fitter called Spiggy. Not really the most enlightened projection of the working classes tbh, but that's for another conversation.

Even though the royals adapt to their new lives, that’s not to say that Barker is doing anything substantial to run the country. Turning the UK into a republic rather than a country ruled by a monarchy doesn’t exactly pan out, and involves Barker selling the UK to the Emperor of Japan. Y’know, normal government stuff.

That is until the Queen wakes up. Yep, it turns out that this whole fiasco was just a bad dream she had the night before the general election. She wakes to find that the Conservatives won a consecutive term, and that John Major has remained Prime Minister, with Jack Barker nowhere to be seen.

From that premise and ending, I bet you can already tell how well this 90-minute comedy is going to translate on screen. Especially when there are actors such as Samantha Bond portraying the Queen, Amanda Abbington portraying Princess Anne, Johnny Vegas portraying Spiggy, and David Walliams portraying Jack Barker.

It may seem like the days of enjoying a specific TV show's Christmas special are over, but I'm definitely warming to the idea of enjoying these one-off adaptations and original stories in their place.

I don't think my Sky box is going to enjoy the amount of content that I'll be recording next week, though.